Optimism is rising among scientists that parts of the Great Barrier Reef that were severely bleached over the past two years are making a recovery.

Scientists from the Australian Institute of Marine Science this month surveyed 14 coral reefs between Cairns and Townsville to see how they fared after being bleached.

The institute’s Neil Cantin said they were surprised to find the coral had already started to reproduce.

This will come as precisely zero surprise to anyone here at Breitbart.

As I’ve reported before:

Only Gullible Fools Believe The Great Barrier Reef is Dying

But the “Barrier Reef is dying” scare – and believe me, it won’t be the last we hear of it – was never about the facts. Always, but always, it was and is about the narrative.

Because the Great Barrier Reef is a world heritage site which has lots of pretty fish in it and looks photogenic on endless Discovery Channel documentaries it is the perfect poster child for the “world is dying and it’s all man’s fault because climate change” movement.

Liberal media outlets like to report on it because scare stories sell and because it elides with their “progressive” politics.

Scientists – who really should know better – like to ramp it up because it grabs them media attention and attracts funding from compliant governments keen to be seen to be doing something about this apparently major problem.

Green propagandists big it up because a) it generates donations from the well-meaning, gullible fools who buy this nonsense and b) because it’s a chance to smear their opponents as heartless and uncaring and scientifically ignorant.

Here’s one example of ‘b’ from a Soros-funded attack dog site. It’s titled “Breitbart‘s James Delingpole denies the danger of the Barrier Reef”. (Wow! That Delingpole! He sounds so EVIL!)

You might ask – given that the facts are not on their side and given that, inevitably, they are going to be proved wrong – why they keep putting out these fake news stories.

Simple. It’s because of what you might call the Krugman Effect. 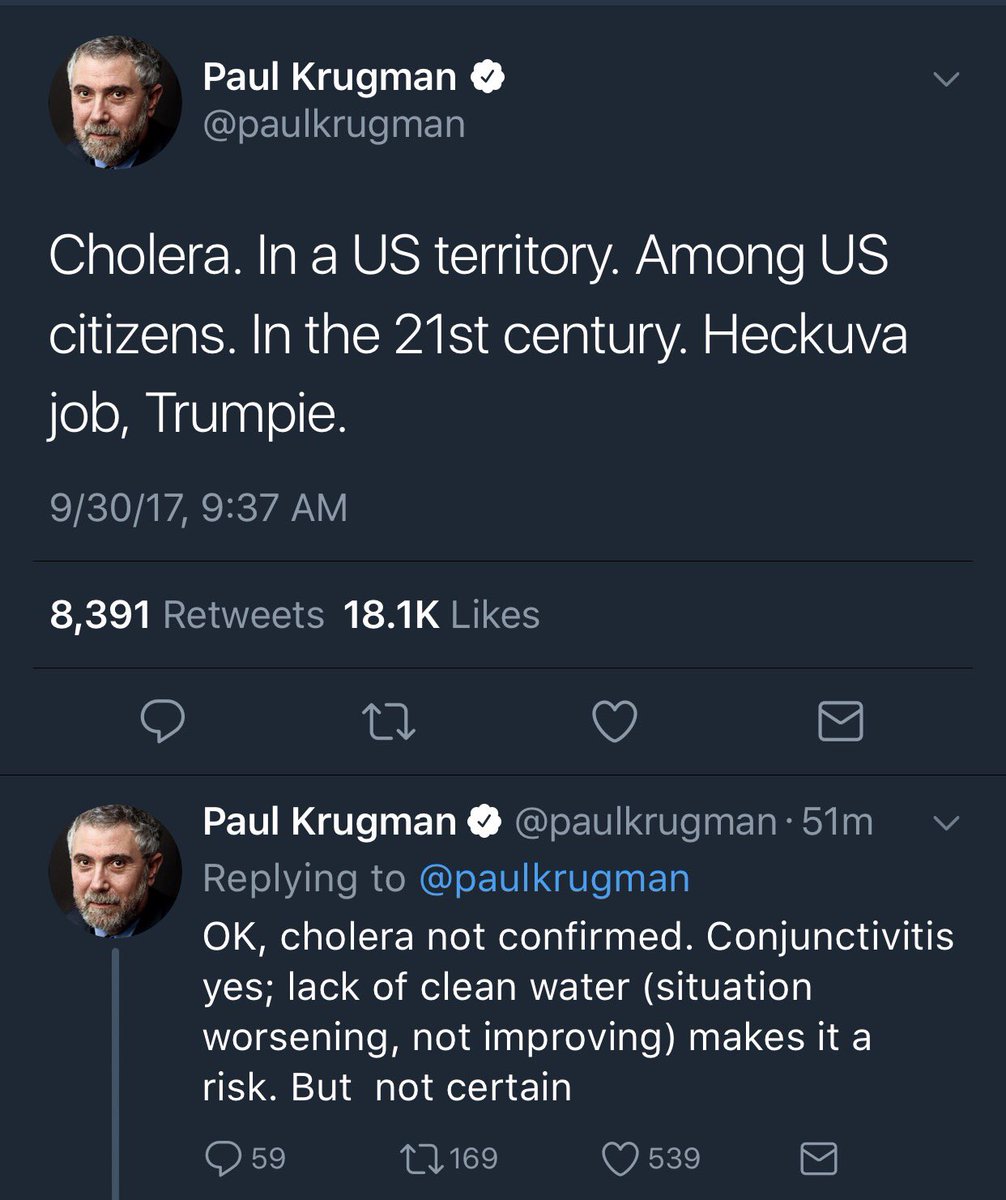 Compare and contrast the public response.

When Paul Krugman posts his fake news lie about Trump being responsible for a cholera outbreak in Puerto Rico, he gets over 8,000 retweets and 18,000 likes.

But when he runs his half-assed and shamelessly unapologetic correction, only a few hundred show much interest.

Increasingly, this is how the regressive left rolls. True to the principle that “a lie is half way round the world before the truth has got its boots on”, it cheerfully promotes fake news stories knowing that they will remain in the public consciousness long after the tiny correction has been run.