Big cities will be impossible because there will be no transportation of food to the stores. Effective food production will also end, resulting in food shortage and skyrocketing prices. Hospitals and medicine will be a thing of the past .. 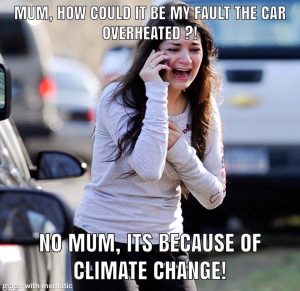 Rise Of The Climate Crazies

This video is a little bit different, in that it is focused on people rather than science. Climate alarmism has nothing to do with science.

What If There Was No Electricity for a Year

A person can go without food for a couple weeks, water for a few days, air for mere minutes. But without electricity … it’s hard to say. It all depends on where you live, what survival skills you have, and how much you depend on the conveniences of living on the grid. But let’s see what will happen to humanity if electricity disappeared for, say, a year!

So, there’s a bit of charge left on the phone, but your mobile data isn’t working. Nobody suspects that communication towers have shut down, which means no calls, not even emergencies! For now, all you know is, the Internet is gone! You don’t have any offline games either. Your phone is nothing more than an overpriced calculator now…