Last night a lovely friend and sick Hillary “supporter” was over for dinner. She asked me why I was certain Trump would win. Here was our conversation.

Cerno: Are you excited about this?

Cernovich: Now imagine it’s election day. You wake up. Your car won’t start. Maybe you got in a fight with your boyfriend. Maybe you had a bad day at work. Do you stop what you are doing to go to the polls to vote for Hillary?

Her: I really don’t care that much who wins.

A poll is an answer to a question about your intent do so something.

My business is mindset and motivation. I know all about people (myself included) who intend to do all sorts of things like

On and on the list goes. I also know, as America’s top authority on mindset, that intent doesn’t mean anything unless you involve neurochemicals like dopamine. You must, in a word, GET HYPED.

Where’s the hype for sick Hillary? How many of sick Hillary’s supporters FEEL excited about her?

On opening day of the NFL, on a Sunday, I am on Twitter talking about the election and other Trump-related news. My Tweets receive millions of impressions.

Keep in mind that polls are limited to those who have outdated landline telephones. Online the numbers for sick Hillary would be much smaller – and, for Trump, much larger.

Furthermore, only 80% of sick Hillary voters said they are absolutely certain to vote, compared to 93% of Trump supporters. 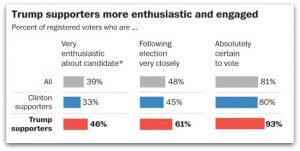 In May I began writing about the lack of enthusiasm for sick Hillary.

Pundits and other “leading experts” said I wrong. Today they are copying me and talking about enthusiasm all day, without citing me, of course, as the hoax media plagiarizes me daily.

There’s no hype for sick Hillary.

Without hype – a feeling, an inspiration – there is no action. Who is hyped for sick Hillary?

Even sick Hillary’s own ad campaign unconsciously recognizes this lack of hype. People are “ready for her.” 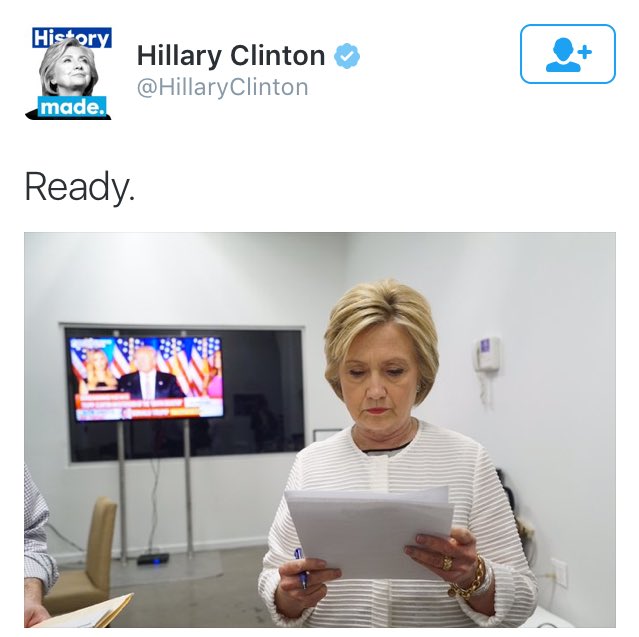 Meanwhile, this is what a Trump rally looks like. 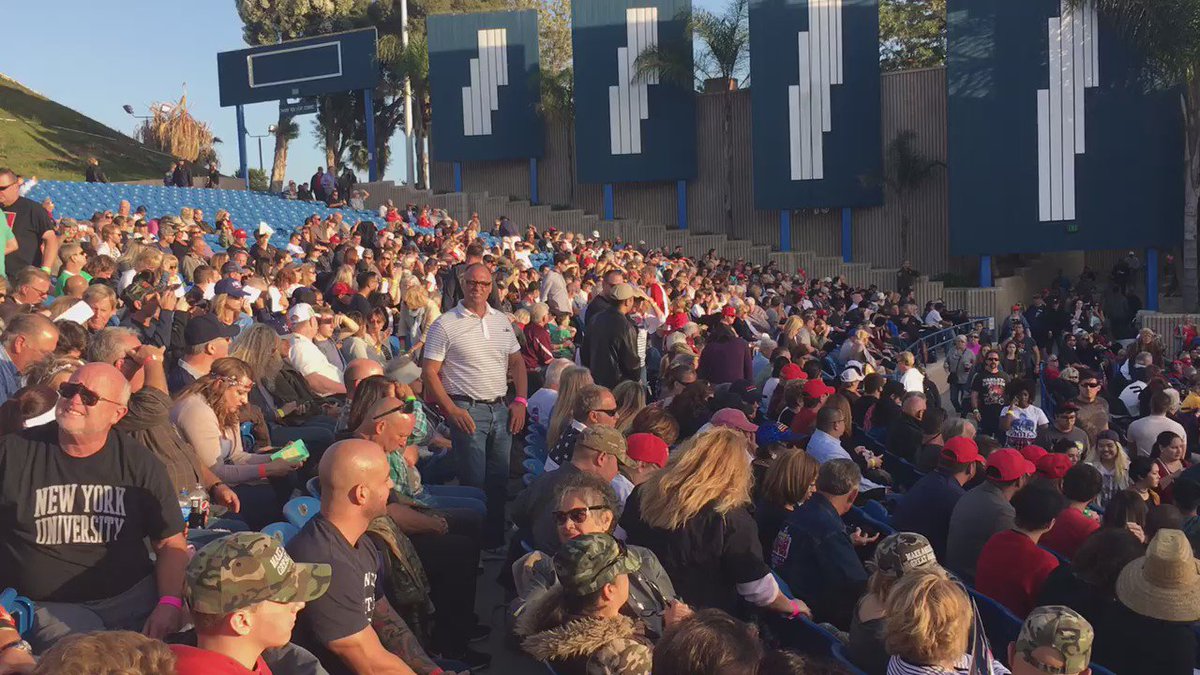 It’s Saturday and like most Trump supporters, I’m up reading election news.

Saturday used to be a slow traffic day for me, but because of this election, there are no slow days for me.

Expect gnashing and weeping of the teeth this coming November.

Now get hyped for your own life. Gorilla Mindset shows you how, and yes people are excited about Gorilla Mindset, which has over 400 reviews after less than a year.