Gosh, president Johnson knew, and did nothing? Regular readers of this website have been following the ridiculous #ExxonKnew campaign put together by Al Gore and a smattering of activist attorney generals, aided by 350.org nutty activist “Weepy” Bill McKibben. It isn’t going well, as there has been setback after setback, with some AG’s being ordered to appear in court, and refusing to do so.

From Seth’s point of view, it looks like an “open and shut case”, and no further investigation is needed. However, one commenter was quick to remind Seth that “global warming” was reported well before 1965:

Always important to remember: #Scientists have reported #GlobalWarming for more than a #Century. #ClimateChange https://t.co/Bho6dk0pXQ

Indeed. But Al Gore, the activist AG’s, and the McKibbenites tried to make a manufactured big deal out of the fact that Exxon scientists had internal reports on climate change back in 1977, and “did nothing” with them, especially not advising shareholders. This ludicrous claim has caused much climatic caterwauling such as we see in the former jewel of science magazines, Scientific American: Exxon Knew about Climate Change almost 40 years ago

Exxon was aware of climate change, as early as 1977, 11 years before it became a public issue, according to a recent investigation from InsideClimate News. This knowledge did not prevent the company (now ExxonMobil and the world’s largest oil and gas company) from spending decades refusing to publicly acknowledge climate change and even promoting climate misinformation—an approach many have likened to the lies spread by the tobacco industry regarding the health risks of smoking.

Gosh, that’s 12 years after President Lyndon Johnson (D-Texas), knew, and did nothing. Here’s the money quote from that 1965 report:

SciAm foolishly thinks that the “ground zero date” for public awareness of CO2 and climate was June 1988, when James Hansen went before congress with his famously modeled 3 scenarios, and told the world we have a serious problem.

What most people don’t know, is that Hansen’s science was so…so…er, “robust” at the time, that he and his sponsor, Senator Timothy Wirth (D-Colorado), had to do some stagecraft by choosing a hot day for testimony (thanks to Weather Bureau forecast), and opening the windows, which negated the air conditioning. I kid you not, they needed the room “hot” to convince legislators to throw money at them.

This transcript excerpt is from PBS series Frontline which aired a special in April 2007.

TIMOTHY WIRTH: We called the Weather Bureau and found out what historically was the hottest day of the summer. Well, it was June 6th or June 9th or whatever it was. So we scheduled the hearing that day, and bingo, it was the hottest day on record in Washington, or close to it.

DEBORAH AMOS: [on camera] Did you also alter the temperature in the hearing room that day?

TIMOTHY WIRTH: What we did is that we went in the night before and opened all the windows, I will admit, right, so that the air conditioning wasn’t working inside the room. And so when the- when the hearing occurred, there was not only bliss, which is television cameras and double figures, but it was really hot.[Shot of witnesses at hearing]

Science and stagecraft, for the cameras, for the funding, for the win!

So, to recap…a Democratic President, Lyndon Johnson, knew in November 1965, well before it “became a public issue” in June 1988, that  “increased CO2 content could be deleterious from the point of human beings” and did nothing.

Surely Johnson can now be labeled a “denier”. I’m sure Al Gore, the activist AG’s and the McKibbenites will jump right on that, and work hard to smear the name of President Johnson, and sue his estate for his “crime against humanity” of knowing, and doing nothing.

A few points, first, in the video they claim climate is the same as the environment, which is not accurate. Second, Professor  H. W.Woods falsified CO2 as a climate knob already in 1909, i.e. humans has known about this FRAUD for over a 100 years – at least. And finally, there hasn’t been any temperature increase in 6 decades according to previously published temperature records and proxies.

.. and slowly but surely, scientists are getting there also: 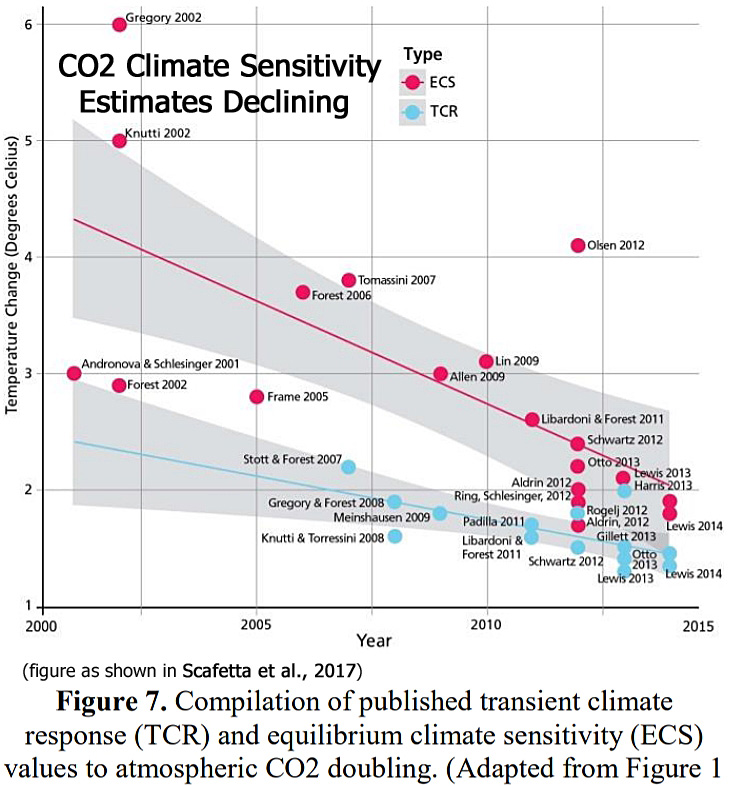