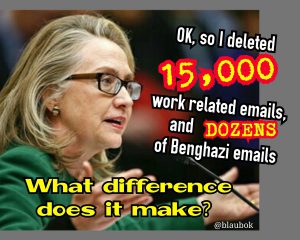 Testifying before the House Judiciary Committee on Wednesday, FBI Director James Comey stressed the fact that he never claimed Hillary Clinton was publicly telling the truth about her private email server.

“Hillary Clinton, in talking about her emails, claimed you said, and I quote, ‘you said my answers were truthful.’ Politifact by the way gave this claim a pants on fire rating,” Congressman Steve Chabot posed to Comey. “Would you say she was telling the truth with respect to her email claims?”