She lost because she run a seriously flawed and dishonest campaign, that’s what criminals do ..

Democrats are on the brink of losing many donors and not just because they lost.

But because they won’t fess up to WHY they lost.

Much like the American people, these donors are not idiots – they know the loss was not due to fake news or Russian hackers.

They want the real reason.

The call for a deep and detailed accounting of how Clinton lost a race that she and her donors were absolutely certain she’d win didn’t begin immediately after the election — there was too much shock over her defeat by Donald Trump, and overwhelming grief. Her initial conference call with top backers, which came just days after the outcome, focused primarily on FBI Director Jim Comey’s late campaign-season intervention.

But in the weeks since, the wealthy Democrats who helped pump over $1 billion into Clinton’s losing effort have been urging their local finance staffers, state party officials, and campaign aides to provide a more thorough explanation of what went wrong. With no dispassionate, centralized analysis of how Clinton failed so spectacularly, they insist, how can they be expected to keep contributing to the party?

“A lot of the bundlers and donors still are in shock and disbelief by what happened. They’re looking for some introspection and analysis about what really happened, what worked and what didn’t,” said Ken Martin, chairman of the Minnesota Democratic-Farmer-Labor Party and a top campaign bundler himself. “It may take some time to do that, but people are still just scratching their heads.” Or, in the words of a Midwestern fundraiser who’s kept in touch with fellow donors, “A lot of people are saying, ‘I’m not putting another fucking dime in until someone tells me what just happened.’”

.. and not owing up to it after the fact, again, – THAT’S WHAT CRIMINALS DO! 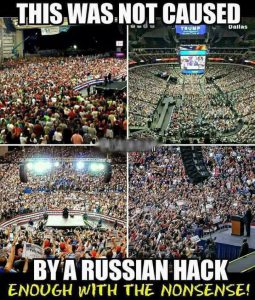