A “refugee” from Pakistan who took up Angela Merkel’s open invitation to move to Germany told a Berlin court he raped multiple women because he found it “hard to get a girlfriend.”

From Welt.de (as translated by Diversity Macht Frei):

In Berlin a refugee from Pakistan is in front of the court. The state prosecutor accuses him of rape and five other attacks on women. The 26-year-old attempted to explain his actions.

The 26-year-old man bent down so far behind the balustrade in the dock that only his shaved neck could be seen. On the first day of his trial before the Berlin State Court he asked his defence lawyer to read a declaration. “My name is Asif M. and I was born on 12 March 1990 in Pakistan.” Thus begins the short story in which he attempts to explain the rape.

M. travelled to Germany two years ago via Greece and Austria. In Pakistan he learned to be a welder, he says, and fled from the Taliban. In Berlin he stayed at a refugee centre and worked in a pub, behind the bar.

The charge sheet accuses him of having raped a young woman and committing five other sexual attacks. M. confirms the crimes for the most part. Between 25 April and 25 July he repeatedly followed the same pattern: late at night he spoke to women walking through the streets on their own. He started a conversation, saying it was his birthday. When the women rejected him, he held on to them.

He pulled his first victim to the ground and lay on her, kissed her, touched her on the breast. “After he briefly let go of her and the witness was about to leave, the defendant demanded that she stay and unclothed the witness, which the witness tolerated out of fear of further violence,” the charge sheet reads. “Then the accused performed unprotected vaginal intercourse against the will of the witness.” The other women he attacked afterwards defended themselves and screamed. Then Asif M. ran away.

In his statement M. said he was sorry for what he had done. He was ashamed of himself, he said. In Greece and Austria he did not commit any crimes. “But in Germany it somehow broke out of me.” In Austria he had even had a girlfriend, but only for a short time. “It’s hard to get a girlfriend when you are a refugee and have nothing to offer,” said Asif M.

He knew what he was doing wasn’t right, but something in him forced him to do it. “I wanted to have sex.”

Pakistan is one of many Third World nations with an actual rape culture (as opposed to a fake, made-up one such as in America and Europe).

As the IB Times reports:

Rapes occur across Pakistan for a wide array of reasons – for pure lust, for revenge, to avenge a rejected marriage proposal, for religious and ethnic reasons, or simply to satisfy a predatory man’s desire to exert unadulterated brutality and power.

Adding to the unremitting horror, the social stigma surrounding rape frequently leads to the victim committing suicide (often aided and abetted by her own family) or being forcibly married to her attacker (to preserve her family’s “honor.”)

Indeed, shortly after the highly publicized death of the Delhi student in a Singapore hospital, a 9-year-old girl was kidnapped, beaten and gang-raped by three men in Pakistan – a horrific incident that has hardly generated much media attention either on the sub-continent or the West. Nor did her suffering inspire massive public demonstrations of sympathy and outrage.

…In fact, rapes are so common (and typically unreported), that the perpetrators in Pakistan are rarely ever arrested, much less held over for trial, convicted and jailed.

Thanks to leftists pushing mass Third World immigration, this is now one of the “cultures” enriching Europe and the Western world. 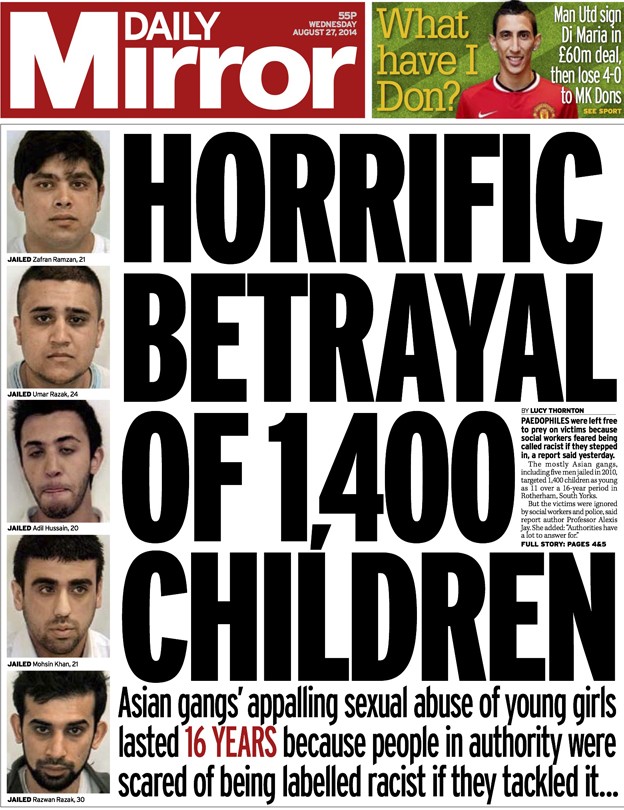