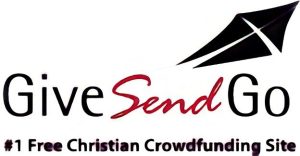 GiveSendGo is the number one Christian donating site in the world. Its popularity has soared over the past year after several conservative causes were blocked by the far left GoFundMe platform.

As many of our Gateway Pundit readers are aware, we have promoted several GiveSendGo campaigns on our website. We do this, especially with the DC Gulag prisoners, because we know GoFundMe cannot be trusted. They will not allow these political prisoners to raise money on their platform.

GoFundMe recently made headlines after they shut down the GoFundMe page for the Canadian Freedom Convoy 2022 donation page. GoFundMe then announced they would steal the money and give the $10 million collected to far-left causes of their choice.

After an immense amount of backlash, GoFundMe announced on Saturday morning they will now refund the donations instead of stealing the $10 million from their users.

Full article at the Gateway Pundit ..

Send In the Cavalry! Hundreds of Cowboys on Horseback Join Freedom Convoy Protesters at Coutts Crossing in Alberta