“Fear has been used all through history to gain control of people’s minds and wallets and all else, and the climate catastrophe is strictly a fear campaign — well, fear and guilt — you’re afraid you’re killing your children because you’re driving them in your SUV and emitting carbon dioxide into the atmosphere and you feel guilty for doing that. There’s no stronger motivation than those two.

When they talk about the 99 percent consensus [among scientists] on climate change, that’s a completely ridiculous and false numbers, but most of the scientists — put it in quotes, scientists — who are pushing this catastrophic theory are getting paid by public money. They are not being paid by General Electric or Dupont or 3M to do this research, where private companies expect to get something useful from their research that might produce a better product and make them a profit in the end because people want it — build a better mousetrap type of idea — but most of what these so-called scientists are doing is simply producing more fear so that politicians can use it control people’s mind and get their votes because some of the people are convinced, ‘Oh, this politician can save my kid from certain doom.’”

And note that these scientists are so hopelessly inured, so entirely complicit in this racket, so completely corrupted by this fraud…that they care not when it is directly pointed out to them to their face and with full demonstration that it is all based on flat Earth theory. They just don’t care. They are entirely willing to accept, adopt, promulgate, and reinforce flat Earth theory to our children as long as it means their gravy train of PUBLIC funds keep on dumping into their laps.

The Green New Deal CULT and its leader AOC

Alexandria Ocasio-Cortez says we only have 12 years to reverse climate change before it’s too late. Leftist radicals have been saying that for YEARS, and it NEVER comes true.

Remember in the ’70s when a Harvard biologist warned climate change would lead to the end of all mankind in 15-20 years? They did it again in 2006 when Al Gore warned we only have 10 years before global warming kills us all.

Now Miller is joined by ex-SJW and religious scholar Gracie West who says these radicals are akin to a religious cult. She discusses how they use the climate change doomsday narrative to rebrand Marxism. Video: Jon Miller

Saturday Silliness – Who should lead the climate revolution?

Al Gore has become less and less pertinent to “the cause”, mainly because his many predictions of climate gloom and doom, just haven’t panned out. For example, he famously predicted the Arctic sea ice would be gone by 2013, and of course it’s still there. So, who should lead now? 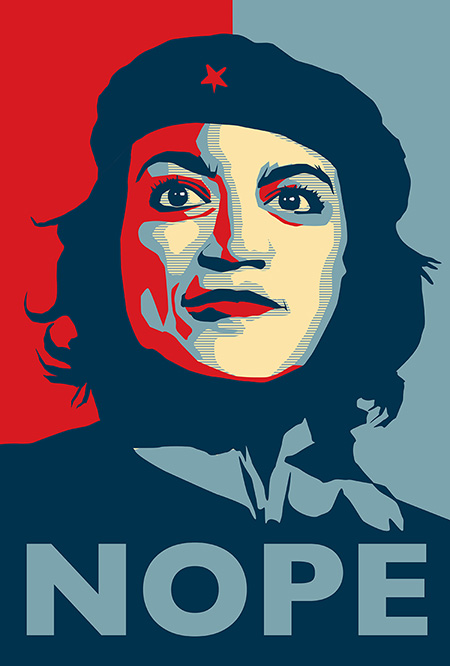