Despite decades of doom-and-gloom prophecies, Greenland’s Ice Sheet is currently GAINING monster amounts of “mass” — 27 gigatons over the past 5 days alone (April 14 – 18, 2020).

Crucial to the survival of a glacier is its surface mass balance (SMB)–the difference between accumulation and ablation (sublimation and melting). Changes in mass balance control a glacier’s long-term behavior, and are its most sensitive climate indicators (wikipedia.org).

On the back of substantial SMB gains over the past few years, the Greenland ice sheet looks set to continue that trend in 2019-20. From April 14 through April 18, 2020, the world’s largest island added a monster 27+ gigatons to its ice sheet. According to climate alarmists, this simply shouldn’t be happening in a warming world. In fact, it might as well not be happening as developments like these NEVER receive MSM attention, meaning alarmists are NEVER privy to the full and unalarming picture…

Since September, 2019 –the official start of the season– SMB spikes above the 2/2.5 gigaton daily average have been a regular occurrence. In mid-Nov, the sheet gained a whopping 10 Gts in a single day. Hot on the heels of that, during just the first two days of Dec, another 14 Gts gain was registered. A healthy 7 Gts gain occurred on Feb 6, and then 6 Gts on March 28.

All this sublimation has resulted in this season’s Acc. SMB tracking comfortably within the 1981-2010 average, as well as surpassing last year’s gains (the 2018-2019 line has been removed from the Danish Meteorological Institute’s chart for some reason, but gains are now far-exceeding them, and can be compared against the chart used linked HERE): 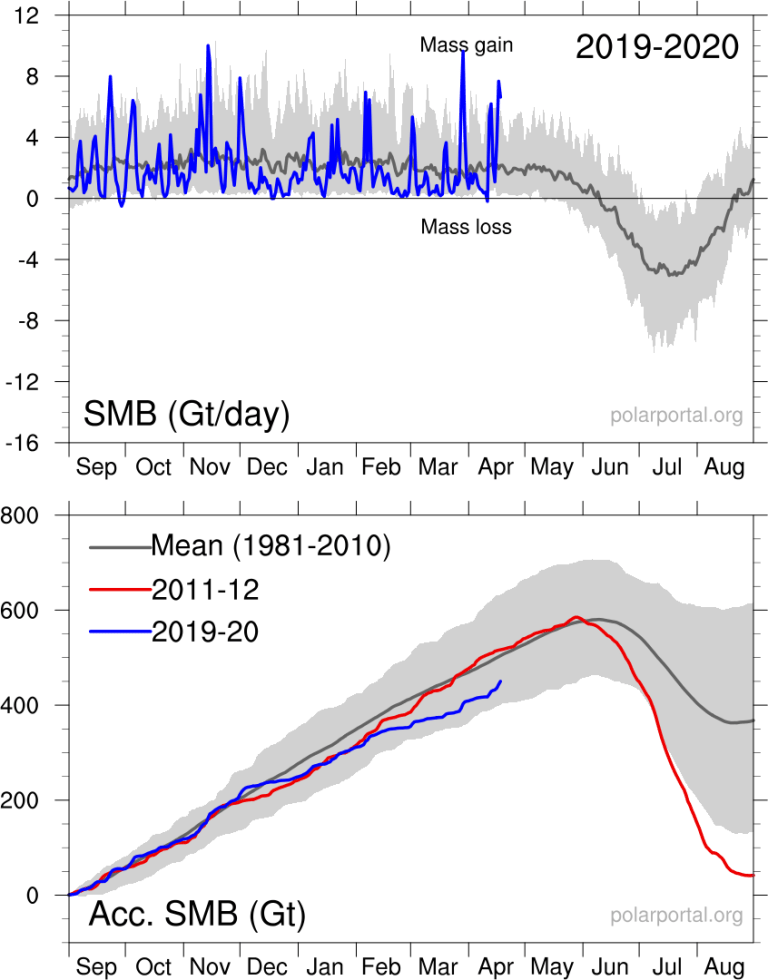 In addition, Total Snow Mass for the Northern Hemisphere continues to track WELL-above average with the latest data point (April 6) seeing NH snow at a staggering 500+ gigatons above the norm—another real-world reality we were told would be an impossibility by now: IPCC 2001: “Milder winter temperatures will decrease heavy snowstorms…”

This is how glaciers form.

This is also how ice ages begin.

And they can begin incredibly quickly, too — just take 2019’s Autumn Snowfall at Great Falls, MT as an example. Look at the incredible rate at which the snowpack accumulated in that northern US city: 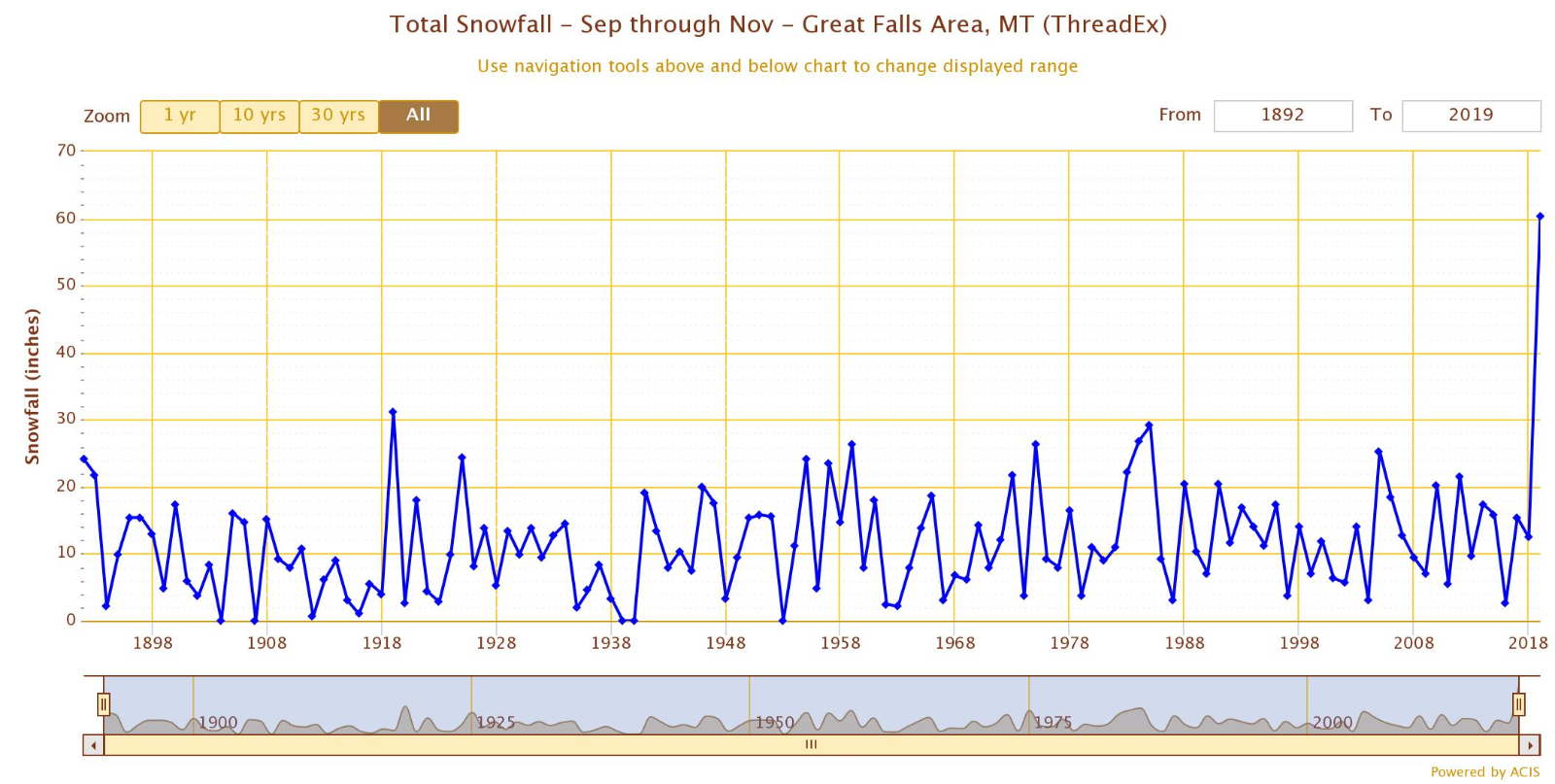 Greenland can’t accumulate mass without precipitation, and there’s no precipitation without evaporation. Remember what the activists said a few days back?

Claims of Southwest USA ‘Megadrought’ Are All Wet

The increased mass on Greenland only suggests there’s changes in the weather patterns, nothing more. The relative decrease in precipitation in the US suggests the same, probably controlled by everything else but CO2.

More evidence the climate alarmists doesn’t know what they are talking about:

Why Are Government Climate Models So Unreliable?

Seeing what one expects

Pollution From Diesel Cars Grossly Overhyped (Also an article included in a previous post. It’s included again because it document how dishonest and wrong the alarmists are – all the time!)