HILLARY Clinton could be replaced as Democratic candidate for US president after she almost collapsed at a 9/11 memorial ceremony.

The Democratic Party is expected to call an emergency meeting to discuss replacing Clinton after she appeared to faint and had to be helped into her motorcade at the ceremony.

Sources suggest the 68-year-old may have been hiding her illness for THREE DAYS – and admitted the party was in “unchartered territory”.

Clinton has CANCELLED visits to California today and tomorrow – and a major speech in Las Vegas is now in doubt.

Her doctor has told her to cut back on campaigning. 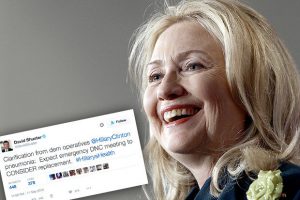 Medics have said Clinton is suffering from pneumonia – and “overheated”.

Health fears were already sparked when Clinton appeared to suffer a seizure on camera last month.

With just 57 days left until the vote, any move to remove her could hand the job of Commander-in-Chief to Donald Trump.

An award-winning journalist, based in New York, said the Democratic Party would meet to “consider a replacement” – citing party officials. 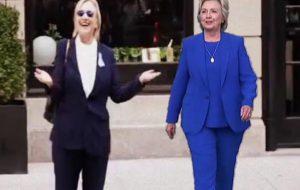