When you think of terrorism (when it’s not being defeated), you usually think of explosions and gunshots, smoke and news vans. You think of these things because the main purpose of terror is to destabilize society and cause panic, and physical violence is, for many groups, the easiest way to achieve this end.

Yet, for better or for worse, the world has changed, and there is an increased need to use technology and communication networks to achieve anything in our growing, globalizing world. While this technology has helped the US maintain global dominance, despite the efforts of ineffective leadership over previous administrations, terrorists are starting to learn this technology and are using it to recruit, to spread false information, and even potentially to hack elections (albeit not necessarily the way the mainstream media would have you believe).

But how are they managing to do this? While they’re sure to have access to a few basic computers and some basic, self-learned skills, they need resources and proper training. Outside of perhaps other (usually conflicting) organizations, only governments can provide that kind of support. Also, only governments opposed to US interests would be willing to support chaotic and hard-to-control terrorist groups. Compared to the cost, this sponsorship is well worth it for smaller countries, as it’s the only way to damage US stability without direct retaliation.

Let us take a look at some of the tactics terrorists are using online, and why states would sponsor such activity.

In some countries, a terror attack wouldn’t inspire news headlines as it would here in the US, or perhaps even a reaction from the military. The Middle East is saturated with violence and wasting the valuable personnel they have on what are effectively suicide attacks is an unsustainable strategy. They need to get their message out on a worldwide scale, and they need to be able to do so using limited resources. Hackers make the news, and politized hacking gets even move exposure. There are hundreds of terrorist groups, but not all are competent enough to take down an established site.

Therefore, they try and take down websites online or otherwise create attention for themselves. States can support these activities and manipulate the news cycle with it. It is possible the state in question is opposed to the site getting attacked (especially if it is a government site). The terrorist group and the state use each other, and they’re quite happy to maintain this relationship.

On a related note, the internet, and social media in particular, is seen as a nearly free social media tool. While sometimes taken down quickly, YouTube videos (and videos hosted on less-discerning websites) get views, if only for the “taboo” factor of getting involved with extremists in the Western world.

Terrorists (and their state-sponsors) know which youth to target for recruits and how to best reach out to them. Their propaganda isn’t always front and center with its values, but it reaches out to people who feel dejected by the system (and there currently are a lot of people that feel that way, thanks to how the system has been run in recent years) and makes them feel welcome and needed. Cyberspace can often act as an echo chamber, and the privacy removes some social influences.

It may not seem like the most active terrorist activity, but recruiting foreigners to perform terrorist activities is far more destabilizing for a country’s security and morale than sending a terrorist to blow up a bomb. It makes people paranoid, and it makes them wonder why someone defected in the first place. That’s what hostile groups and governments want to happen to America.

Possibly the most damaging of  state-sponsored terror are the groups (and especially governments) that seek to undermine our electoral process by either hacking votes, hacking the media to manipulate the election or using cyberspace to manipulate the public. The methods are limited only by the malicious imagination of these groups, but our sovereignty is at risk unless we investigate and suppress these efforts. 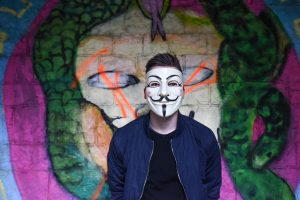 This is not a political issue. While there are accusations pointed towards President Trump, there are similar accusations that could be levied towards Democrats regarding the use of technology to illegally manipulate the election. Foreign powers will do whatever they can, and Democrats are easy targets in some districts since many are politically desperate.

This, when combined with well-timed attacks such as what was attempted in France, can change the political climate and destabilize election nights. There’s no way terrorists could cause more damage.

With attacks coming from so many directions, what can you do? The average person can start by making sure they are protecting their own devices; a VPN or proxy can keep others from looking in on your information, and general security software will protect against basic threats.

The main thing people should think about—after lobbying the government to support efforts to attack the cybercriminals where they come from—is to take a bold stance on terrorism and its supporters. Additionally, people need to be careful about the information they share online so that they aren’t exposed to outside influencers, the media elite looking for information on how to manipulate the public and malicious government agents or programs.

Do you have any other thoughts on how terrorists and their state-sponsors might be using the internet against us? What do you think will happen over the next few years? Will advanced technology help our efforts to fight back or give the terrorists another advantage? Please let us know by commenting below.