Hungary has slashed illegal immigration by over 99 per cent after rolling out a series of powerful border fences in response to the European migrant crisis, possibly providing a lesson as to the potential impact of constructing President Trump’s much-discussed southern wall in the U.S.

Speaking on the second anniversary of the government’s move to seal Hungary’s border with Serbia — which is also an external border for the European Union — Prime Minister Viktor Orbán’s Chief Security Advisor, György Bakondi, announced that the fences have caused illegal immigration to collapse from 391,000 in 2015, to 18,236 in 2016, to just 1,184 in 2017.

“The system of technical barriers is the key to the success of border security, and without it, it would be impossible to stop the mass arrival of immigrants”, the security chief explained.

'UN slams Hungary because their wall is doing its job' https://t.co/6n97uC6ykn

Hungary had to respond rapidly to the migrant influx which burst upon Europe after Germany’s Angela Merkel announced there was “no limit” on the number of asylum seekers her own country would accept, so its frontiers are defended by twin fences peppered with watchtowers and patrolled by thousands of newly recruited border guards rather than a solid wall — which would have taken longer to construct.

Nevertheless, as it has been steadily reinforced illegal migration has slowed to a trickle — drawing the ire of open borders activists like billionaire financier George Soros and globalist officials at the European Union and the United Nations.

For example, UN Refugee Agency chief Filippo Grandi visited the border and complained: “When I was standing at the border fence today, I felt the entire system is designed to keep people, many of whom are fleeing war and persecution, out of the country”.

Grandi also called on Hungary to get rid of the border-spanning transit zones it has established, which allow all asylum seekers entering the country to be detained while the validity of their claims are assessed.

The Hungarians introduced these zones after it was discovered that many of the Paris 2015 terrorists had passed through their territory — a step-change from other EU member-states, which leave migrants more or less at large, with sometimes deadly consequences, in obedience to EU law.

“There is continuous migration pressure on our borders,” insisted Dr Zoltán Kovács, the Secretary of State for Public Diplomacy and Relations.

“The measures introduced in the interests of protecting the border continue to be necessary; it is thanks to these that the number of migrants entering Hungary illegally and in an uncontrolled manner has fallen drastically.”

“People who attack the fence are taking a stand in favour of allowing large numbers of people to enter the country without any form of control,” added Mr. Bakondi. 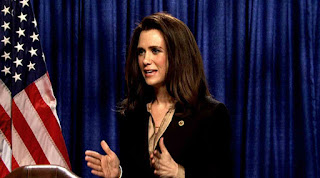 Do you really believe that as the countries of the Middle East empty out, and their degenerates are vomited out upon the Western World, that they are simply “refugees?”

hat they are trying to escape tyrannical madness? They bring their anti-human ways with them—gang raping all genders and ages, killing people, committing terrorist acts, screaming for Shariah Law, and are getting their way.
This is, as Bachmann calls it, a “planned invasion.” This is a well-thought out effort, the purpose of which is “destroying Western Christendom,” she said while speaking to Jan Markell of Understanding the Times radio show (2-6).
Funny thing, “…you don’t see this mass migration into Russia, or into China, or into Indonesia,” states Bachmann. She’s right. It’s because those nation will stomp their derrieres for even trying to pull the vile things they pull in Western countries…
“This is a planned invasion, not only in Europe but also in the United States.”
“I believe for the specific purpose of destroying Western Christendom, because that has been the strength of the world, economically, but also the strength of the world in terms of leadership, the nations that are known as Western Christendom.”

(The video has been taken down by YouTube, of course)

Muslims Plan to Conquer America?If you Speak out Against Islam your voice will be silenced sooner or later!?spread the word while we can!? pic.twitter.com/cxejKJSS1l