The public had been told no one died in Wednesday’s power failure in South Australia, but that is no comfort for a dozen women whose frozen embryos were lost.

Jo Posgate said she had 12 eggs stored at a private fertility clinic within the Flinders Medical Centre in Adelaide’s south.

The hospital has back up generators but a fuel pump failed when the power outage struck on Wednesday afternoon.

“My first feeling was disbelief that it could happen in a hospital. 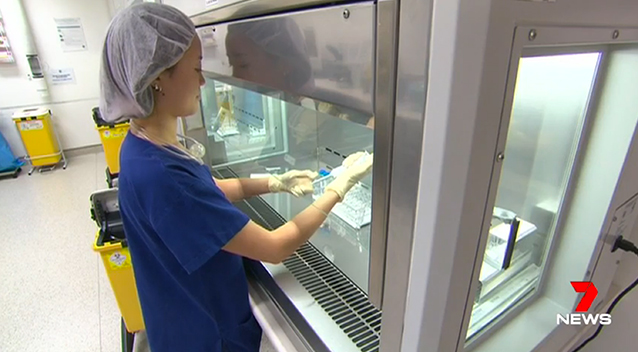 “It was my last ditched effort.”

Clients have been offered free IVF but at 45, Ms Posgate said she feared she was out of time.

The savage winds in South Australian brought down 22 transmission towers north of Adelaide during the storms on Wednesday.

On Friday, 17,000 homes were still without power after the state copped another battering overnight on Thursday. 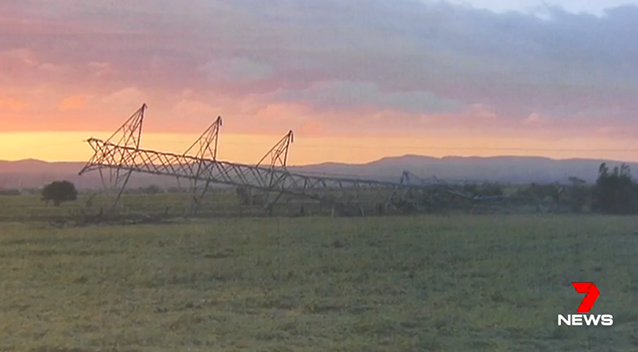 Rivers burst their banks and reservoirs overflowed, bringing floods to several areas of the state.

The State Emergency Service took 1,200 calls for help, many from drivers who had become trapped in fast-flowing water. 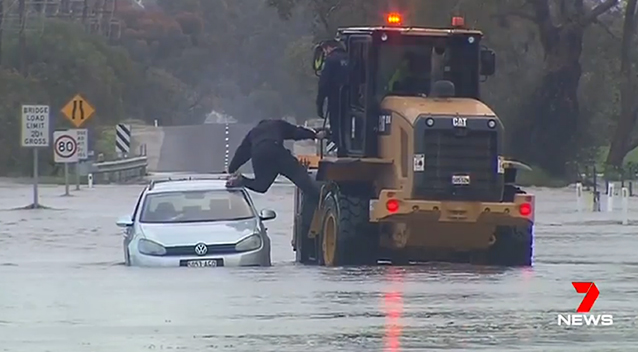 One had to be rescued after be became stranded at Light Pass in the Barossa Valley early on Friday morning.

A front-end loader was called in after the man was stuck for about an hour.

More wine country is flooded further north in the Clare Valley. The Wakefield Causeway at Auburn was rendered impassable as Wakefield River reached its highest point in six years.