A NASA Scientist is claiming that if Mount Agung in Bali erupts, it could plunge the world into a cold period for several years.

BALI’S volcano eruption could plunge the earth into a prolonged cold spell as scientists warn Mount Agung explosion could reverse global climate change for up to five years.

And the result will be in a reverse of global warming, as the planet’s temperatures cool instead of increasing as projected.

NASA climate scientist Chris Colose said: “To have a notable climate impact, there needs to be an explosive enough eruption (to get material in the stratosphere) and a sulphur-rich eruption (the SO2 converts to sulphate aerosol, which is what radiatively matters).

“If these conditions are met, the eruption cools the surface/troposphere and warms the stratosphere, the opposite of both patterns associated with CO2 increases. But both are very short-lived (~years).”

The 1963 eruption was not exceptional in volume of ash produced, according to Mr Colose, but “somewhat unique in sulphur released”.

He said: “For volcanoes to do anything to climate you need a lot of SO2 released and a high enough plume for that SO2 to get into the stratosphere.

“The SO2 particles have sizes comparable to a visible wavelength and are strongly scattering to incoming sunlight, cooling the planet

“If a similar SO2 release occurred, could cool planet for 1-2 years, and then a recovery.”

The huge Bali Agung volcano has erupted at a convenient time for climate scientists. If the volcano properly blows its top, it buys them a few more years to excuse their failed climate predictions. 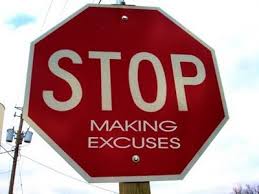