The list of those the Left has blamed for Hillary Clinton’s loss in the presidential election is almost as long as the list of mistakes Jeb Bush made during his campaign.

Clinton’s allies and supporters have blamed everyone from the media, to the Russians, to FBI Director James Comey, to white racists and bigots, to apathetic college kids, and back to the Russians again for Clinton’s defeat.

On Monday it was revealed that former president Bill Clinton holds both the FBI and white racists responsible. “James Comey cost her the election,” Clinton said during an appearance at a bookstore earlier in the month. When asked about Trump’s intelligence and depth of knowledge, Clinton replied, “He doesn’t know much. One thing he does know is how to get angry, white men to vote for him.”

The only people on whom Clinton’s supporters have not sought to lay blame for her defeat are themselves. This is hardly surprising — it is human nature to avoid facing up to our own mistakes.

The truth — so obvious to everyone but liberals — is that Trump’s victory was in part an act of resistance against the increasingly aggressive, radical, and totalitarian tendencies of globalist liberals.

Consider the following, all of which occurred in the past week alone:

1.) Democratic National Committee chair front-runner Rep. Keith Ellison — with ties to an anti-Semitic, anti-white, radical Islamist organization known as the Nation of Islam — was challenged by Obama Labor Secretary Tom Perez, who is a vocal supporter of amnesty with ties to radical immigration groups.

2.) MTV released a video titled “2017 Resolutions for White Guys.” The astonishing racist video was roughly one minute and 20 seconds of anti-white rhetoric trying to pass off as a public service announcement. The video received such a backlash that within 24 hours MTV decided to pull it.

3.) National Geographic published an issue which had on the cover a highly exploitative photograph of a nine-year-old biological boy presented as a transgender girl for a special issue called “Gender Revolution.” “The best thing about being a girl, is now I don’t have to pretend to be a boy,” read a quote accompanying the image.

This “is not an issue of the North trying to impose its values on the South; it is an issue of respecting the dignity and human rights of all people, everywhere,” Power said. But Power went even further, citing the Islamic terrorist attack on an Orlando nightclub and implying the attack, clearly inspired by radical Islam, was the result of “anti-gay” rhetoric. “Tell me, why would any member state stand in the way of trying to prevent violence like the attack at that Orlando nightclub?”

She lost because, as the last week has shown, liberals are apparently incapable of understanding that not everyone agrees with them, and can’t for even the briefest moment consider that what they think is good, others find offensive.

In refusing to engage in even a modicum of self-reflection, in pursuing what almost appears to be a commitment to political tone-deafness, globalist liberals are only ensuring the continued demise of their precious order. 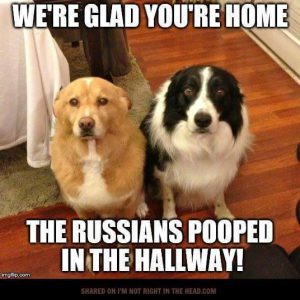