London’s Pakistani-Muslim extremist mayor, Sadiq Khan, is blaming the surge in violent recorded crime on falling police numbers — but figures show the annual decline could be reversed by the redeployment of the nearly 1,000 dedicated ‘hate/thought crime’ officers that Khan had re-assigned to protect Muslims from getting their feelings hurt by anyone who criticizes Islam or Muslim behavior.

Breitbart  The London mayor has suggested that the crime wave overtaking England and Wales — and Britain’s multicultural capital, in particular — is a consequence of falling police numbers, in an opinion piece published by the left-liberal Guardian.

Figures reported elsewhere in the newspaper do show a fall of some 930 officers over the last 12 months, to 121,929 overall — but this represents a reduction in total manpower of less than 1 per cent. 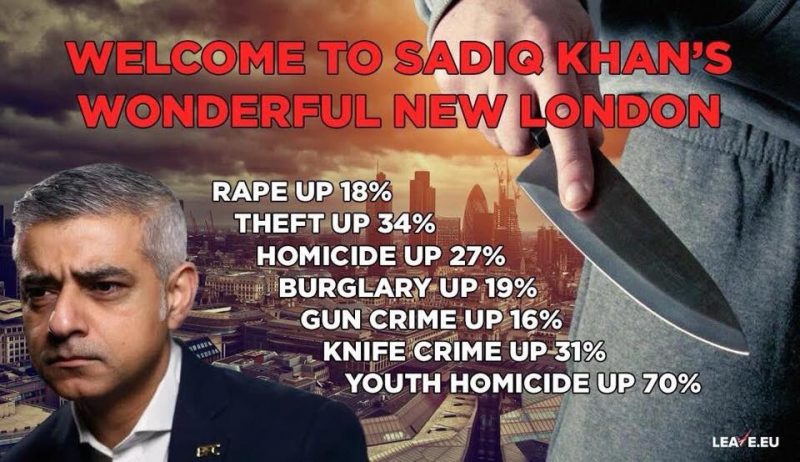 In fact, with the London alone boasting over 900 police officers “dedicated to investigating hate crime” — one of Khan’s top priorities as mayor — it seems likely that the annual fall could be more than adequately compensated by redeploying existing resources.

Evidence suggests that pressure from Khan and politically correct police chiefs is leading to significant resources being redirected towards offences most members of the public would not consider priorities in a time of rising violent crime.

For example, figures obtained through Freedom of Information requests revealed that some 3,395 people across 29 police force areas — 13 refused the requests, two released unusable data — were arrested under section 127 of the Communications Act 2003, which makes it illegal to intentionally “cause annoyance, inconvenience or needless anxiety to another”, in 2016. 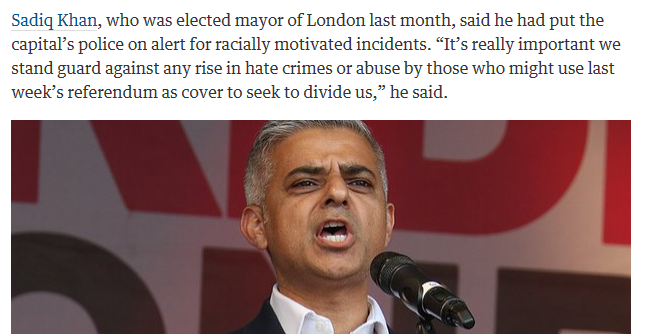 This represented a massive increase from previous years, with police forces increasing arrests for “offensive” communications — largely social media posts — by up to 877 per cent compared to 2014.

The authorities’ determination to focus on such crimes — despite a fall in actual prosecutions suggesting the arrests are largely fruitless — shows no sign of letting up, with Khan setting aside millions of pounds for an “online hate crime hub”.

Beyond London, too, Northumbria Police took the time to hunt down Facebook users who made “offensive” comments about Muslim grooming gangs in January 2018, with the force warning people using social media “that they should do so responsibly and ensure they do not post anything which could be considered offensive”.

Khan has arguably worsened the crime situation not only by pushing for an increased focus on “hate crime” rather than violent and acquisitive crime, but also by limiting the use of some of law enforcement’s most effective tools. 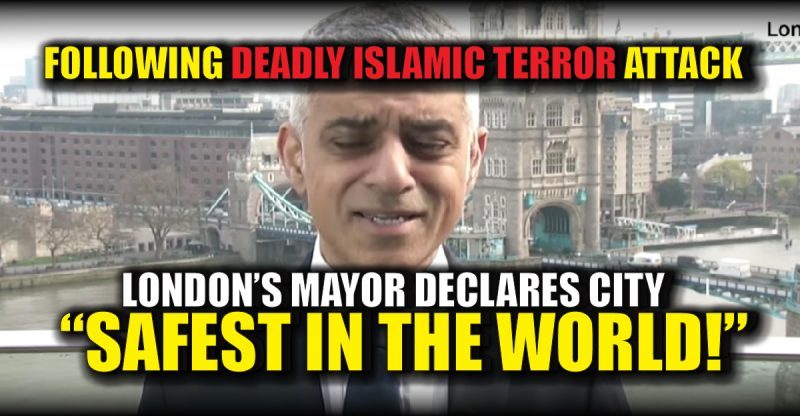 The knife crime epidemic, for instance, follows the Labour politician promising he would “do everything in [his] power to cut stop and search”, which he believed was used against ethnic minorities disproportionately.

The mayor has now reversed his position on stop and search and made a great show of supporting initiatives to catch people carrying knives and other weapons, following sustained coverage from Breitbart London on the capital’s rapidly deteriorating situation.