Science recently published Hoffman, et al. (2017) Regional and global sea-surface temperatures during the last interglaciation. Not too surprisingly, the study has been ignored by the mainstream media. Why? As Science writes in their summary (my boldface):

Sea surface temperatures of the past

Understanding how warm intervals affected sea level in the past is vital for projecting how human activities will affect it in the future. Hoffman et al. compiled estimates of sea surface temperatures during the last interglacial period, which lasted from about 129,000 to 116,000 years ago. The global mean annual values were ∼0.5°C warmer than they were 150 years ago and indistinguishable from the 1995–2014 mean. This is a sobering point, because sea levels during the last interglacial period were 6 to 9 m higher than they are now.

Of course, in very basic terms, that suggests today’s sea surface temperatures are still within the range of natural variability, contradicting climate model-based nonsense about current values, while sea levels still have a ways to go to catch up to the past.

The last interglaciation (LIG, 129 to 116 thousand years ago) was the most recent time in Earth’s history when global mean sea level was substantially higher than it is at present. However, reconstructions of LIG global temperature remain uncertain, with estimates ranging from no significant difference to nearly 2°C warmer than present-day temperatures. Here we use a network of sea-surface temperature (SST) records to reconstruct spatiotemporal variability in regional and global SSTs during the LIG. Our results indicate that peak LIG global mean annual SSTs were 0.5 ± 0.3°C warmer than the climatological mean from 1870 to 1889 and indistinguishable from the 1995 to 2014 mean. LIG warming in the extratropical latitudes occurred in response to boreal insolation and the bipolar seesaw, whereas tropical SSTs were slightly cooler than the 1870 to 1889 mean in response to reduced mean annual insolation.

And as EurekaAlert! also notes about Hoffman, et al. (2017) in their article Sea-surface temps during last interglacial period like modern temps:

…Their analysis reveals that, at the onset of the LIG 129,000 years ago, the global ocean SST was already similar to the 1870-1889 average. However, by 125,000 years ago, the global SST increased by 0.5° ± 0.3°Celcius, reaching a temperature indistinguishable from the 1995-2014 average. These results suggest that LIG global mean annual SSTs simulated with most global climate models are too low… 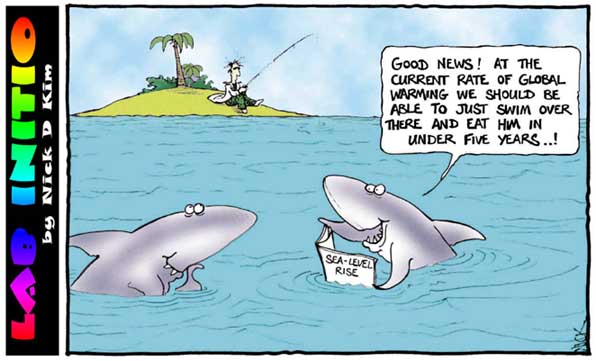