Sebastian Gregorson, left, may have had help in purchasing an ‘arsenal’ of weapons by Maryland imam

The FBI is widening its probe into a Detroit Muslim who investigators now suspect was conspiring with a Maryland imam to acquire military-grade weapons and commit acts of jihad on behalf of ISIS.

WND reported Aug. 30 on the alleged “arsenal” found at the home of Sebastian Gregerson, a convert to Islam who now goes by the name Abdurrahman Bin Mikaayl.

The Detroit News reported a new twist in the story Thursday, that Gregerson likely did not act alone. He allegedly had help from an imam who specializes in Shariah law. That imam, Suleiman Bengharsa of Clarksburg, Maryland, may have used donations from his mosque to help finance Gregerson’s purchase of grenades, two AK-47s, seven rifles, tactical knives, a shotgun and thousands of rounds of ammunition.

“See Something, Say Nothing: A Homeland Security Officer Exposes the Government’s Submission to Jihad” is available now at the WND Superstore!

The investigation started about 18 months ago but bore fruit on July 31 when Gregerson was arrested near his Detroit home after allegedly buying fragmentation grenades from an undercover FBI agent.

It is unclear whether imam Bengharsa was financing weapons purchases in other parts of the country, but WND sources, including retired Homeland Security officer Philip Haney, say this type of financing involving American mosques happens all the time.

According to Shariah law, one-eighth of all charitable donations at a mosque, called zakat, must go to fund jihad around the world, Haney told WND. And approximately 80 percent of America’s more than 3,000 mosques are financed by Saudi Arabia, perhaps the most Shariah-compliant nation in the world.

“Based on the totality of the aforementioned information and evidence, there is reason to believe that Bengharsa and Gregerson are engaged in discussions and preparations for some violent act on behalf of (the Islamic State),” an FBI agent wrote in a Jan. 7 search warrant application.

The scope, targets and number of people involved in the investigation are unclear, but the case also involves Virginia, according to the Detroit News report.

Imam Bengharsa, 59, laughed and scoffed at the FBI’s allegations, which he told the Detroit newspaper were “ridiculous.” He also denied being an ISIS supporter and dismissed the charges as a witch hunt against Muslims.

“No, no, no, that is absolutely untrue,” Bengharsa added. “It might appear that way. I am an advocate of the United States and the West getting the hell out of the Middle East and the Muslim world.

“It’s ridiculous. All I can say is it’s ridiculous,” he added. “If this was the case, why haven’t they come to arrest me?”

He said he would rather go to jail than live in a country that goes the route of McCarthyism.

“People will say, ‘Oh, Sharia doesn’t teach that.’ Well, one-eighth Muslim charitable contributions are obligated according to Shariah to go to the support of jihad, which means if this imam is gathering money up to buy hardware, like grenades and guns, then he’s doing it in accordance with Shariah. And according to the Detroit News article, he’s an expert in Shariah,” said Haney, author of the best-selling book “See Something Say Nothing.”

Bengharsa is founder and director of the Islamic Jurisprudence Center, an independent legal resource center near Baltimore that promotes understanding of Shariah law.

The center has issued several fatwas, or religious edicts, including one calling supporters of the Council on American-Islamic Relations disbelievers and traitors to Allah, the News reports.

“(Islamic Jurisprudence Center) management firmly believes and propagates that Islamic law is divine law, and therefore, unequivocally superior to man-made laws,” according to the center’s website.

“He actually presents himself as a Shariah-compliant imam but he is using taqiyya, a defensive response, when questioned by the newspaper,” Haney told WND. “He responds to the allegations, saying it’s ridiculous, that it feels like McCarthyism, pushing it on us, he’s the victim, an innocent victim, and we are the oppressors.

“It’s a wonderful arrangement,” Haney added, and a favorite tactic of the Muslim Brotherhood. “Victims are never responsible for anything they do. And that’s exactly what the imam’s position is: ‘We’re not at fault, they’re persecuting us, we’re the victims.’”

The imam said “if that’s what this country has come to,” he’d rather be in jail.

“This is how bold they are now,” Haney said. “He’s throwing it in our face that he’d rather go to jail.”

The imam is clearly well schooled in how to deploy classic Islamic deception while living in a non-Islamic society, Haney said.

There’s a passage, Quran 8:60, that Haney points to. It says, “prepare to strongly terrorize your enemy.”

That word “prepare” is also a main tenet of the Brotherhood.

Bengharsa has not been charged with a crime during the investigation, which is ongoing.

“Yet another Islamic leader is found to be directly involved with jihad on behalf of some named jihadi group, all for the sake of Islam,” said Guandolo, founder of the websiteUnderstandingTheThreat.com. “He joins the ranks of Alamoudi, Awlaki, and so many others. And he does it all while laughing at us and throwing ‘McCarthyism’ in our face. Our leaders will probably apologize to him for executing the legal search warrant based on facts.”

Search warrant affidavits that revealed the focus on the imam were briefly unsealed in federal court in Detroit this week and obtained by The News before a federal magistrate resealed them.

As WND reported last month, Gregerson is an Islamic State supporter who allegedly told undercover FBI agents that he fantasized about killing local Muslim religious leaders and others. 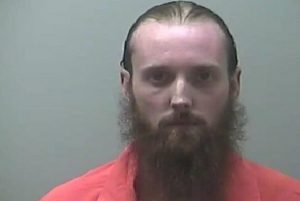 Gregerson is being held without bond and faces up to 10 years in federal prison if convicted of the weapons charges. He has not been charged with a terror-related crime amid the ongoing investigation.

FBI agents likely are investigating whether the imam bankrolled weapons purchases for anyone else and if there are plans underway for attacks, Peter Henning, a Wayne State University law professor and former federal prosecutor, told the News.

Gregerson grew up near Ann Arbor and converted to Islam after high school. He is married, the father of 4-year-old twins and, until his arrest, worked retail at a Target store.

Gregerson and the imam met about five years ago in Maryland, the FBI alleges.

“Suleiman Bengharsa is the former imam of a mosque Gregerson attended while living in Maryland,” an FBI agent wrote in an affidavit.

During that time, Bengharsa was imam at the Masjid Umar mosque in Woodlawn – less than three miles from Gregerson’s apartment – according to the imam’s LinkedIn page, the News reports.

By 2015, Gregerson had moved to Detroit and started amassing tactical knives, according to the FBI.

“(Islamic State) members have used knives that appear similar to those purchased by Gregerson in beheadings, such as those seen in the videos of ‘Jihadi John’ beheading western hostages,” an FBI agent wrote in one search warrant affidavit.

“The nature of Gregerson’s purchases roughly correlate with instructions given by (the Islamic State) to individuals living in Western countries on how to prepare to commit violent jihad in those countries,” the FBI agent wrote in a filing.

The FBI subpoenaed Gregerson’s phone records and learned he was in frequent phone contact with Bengharsa while amassing the arsenal.

In the memo line on the check was the word “zakat,” a word referring to the Muslim obligation to give charity, according to the FBI.

Gregerson cashed the check days later and deposited $800 in his checking account, the FBI said.

“This is a very typical event,” Haney told WND. “You see this type of thing going on in many places around the world, where you see Islamic leaders or imams providing leadership, counsel, guidance, to members of the Islamic community. And one of the ways to become a better Muslim is to follow Shariah law.

Paris-based PM: France ‘going to have to live with terrorism’

‘Don’t mess with us, we belong to ISIS’