While a myriad of mainstream articles scream of 45+C days for Central Europe this week, I can only assume our popular news outlets are about to give the same attention to the anomalous cold currently bearing down on the continent, set to arrive early next week…

“French officials have issued stark warnings about the risk to life,” reports the BBC. “Several cities, including Paris and Lyon, have restricted traffic to try and reduce the effects of pollution.”

The Guardian ramps things up even further, calling this “a historic early summer heatwave,” in a article entitled, “Hell is coming: week-long heatwave begins across Europe.”

The Guardian has also tried linking a few deaths to the heat, “including two in their 70s, [who] died in southern France after suffering heart attacks and other problems while swimming” in cold water. The article goes on to admit that “there was no immediate confirmation the deaths were related to the heatwave,” and that “French authorities have warned of the dangers of diving into cold water in very hot conditions”.

Back with the BBC, “In Toulouse, where temperatures are expected to reach 41C (105.8F) on Thursday, charities have been handing out water to homeless people.”

Where the BBC are screaming for 41C, local forecasts are predicting a high of 38C (100.4F) — again, still hot but heatwaves are supposed to hot, and there’s nothing exceptional about this one.

Wednesday’s high in Toulouse peaked at 36C (96.8F) — again, hardly life threatening, particularly for the South of France, where’s the city’s record high stands at 44C (111.2F), which was set way back in 1923 (solar minimum of cycle 15 — nestled within the previous cluster of cycles similar to the one we’re exiting now, 24).

The mainstream media replies on people being too busy or lazy to fact-check.

They get away with pushing whatever narrative they want, and are trusted to provide accurate data.

News of heatwaves gets copied-and-pasted across the web, whereas the UK’s historically cold June, for example, never gets a mention. Nor does the United States suffering it’s coldest Oct-to-May on record, or Colorado receiving heavy snow on the first day of summer, and Greenland now gaining near-record amounts of ice in summer doesn’t even get a solitary printed paragraph.

The media bias is so clear.

And I’m sure you won’t have heard, but there’s in fact a vast trough of anomalous cold set to collide with Europe early next week. And according to latest GFS runs, not many places will be spared, particularly in Northern, Central and Eastern regions:

This anomalous cold in summer will likely have serious implications for growing regions across the continent, hampering the progress of young crops and having a far more detrimental affect than a few days of heat.

The front is long-lasting, too — with mid-range models currently foreseeing frigid conditions for the first half of July.

The cold times are returning, as our sun enters it’s next Grand Solar Minimum cycle. 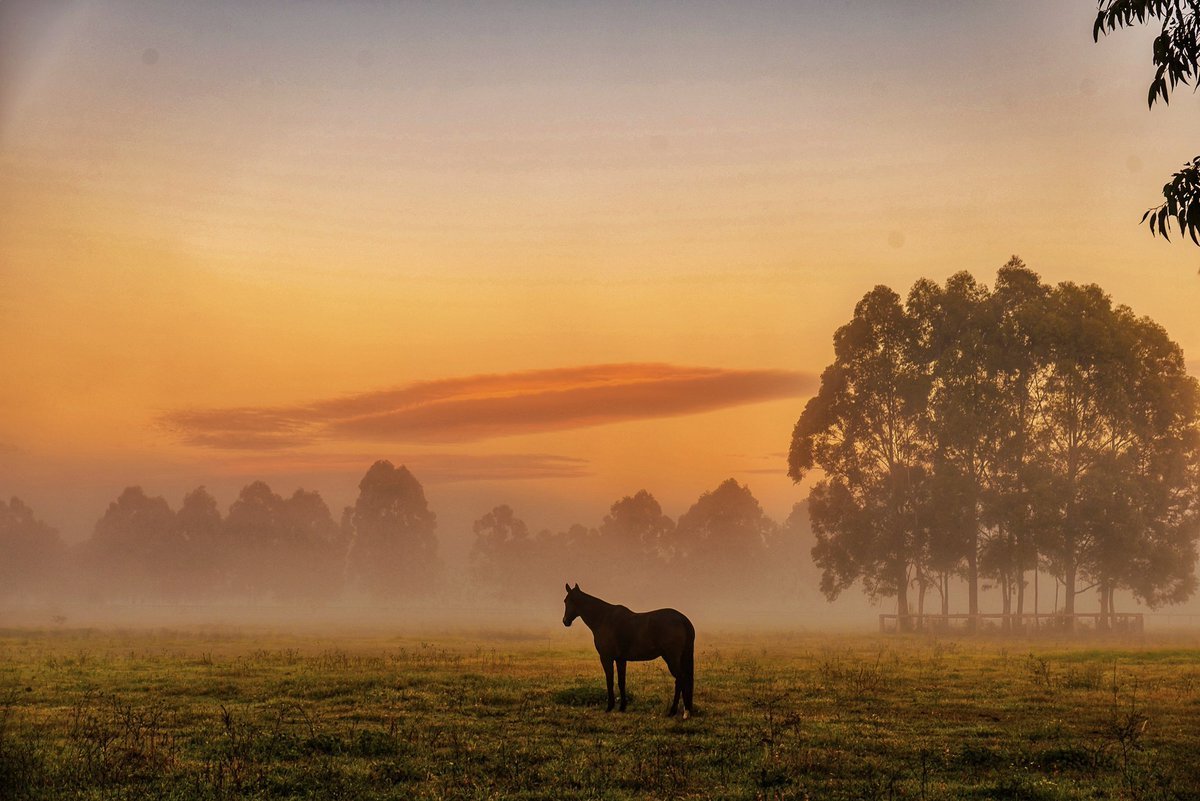 Air from the Antarctic has been dragged up over Australia by a series of active weather systems, the result of a meridional jet stream flow which researchers have linked to low solar activity.

Parts of Australia’s Northern Territory’s Top End experienced their coldest morning in almost two decades on Wednesday. Tindal’s low of 4C (39.2F) was it’s lowest temperature in 18 years and only the third time its been that chilly in the past 27.

The Bureau of Meteorology said Monday’s low of -5.7C (21.7F) at Renmark, in the state’s Riverland, was the equal-second lowest temperature on record for the town.

Meteorologist Matthew Bass said it was the region’s sixth consecutive day below zero.

“Those sort of temperatures are not what we see very frequently in South Australia … It’s a very significant, severe low temperature.”

Wednesday morning’s minimum temperature of -6.9C (19.6F) at Perisher Valley was it’s eighth consecutive morning below -4C (24.8F) — the mountain’s longest spell of mornings below minus 4 degrees Celsius since 2015.

And if the mercury reaches the forecast low of -4C on Thursday, it will be Perisher’s equal longest spell of nights this cold since 2010.

Forecasts reveal a further cold front is expected to bring heavy snow to the Australian alps this weekend, with another expected to blanket almost the entire continent in early July. 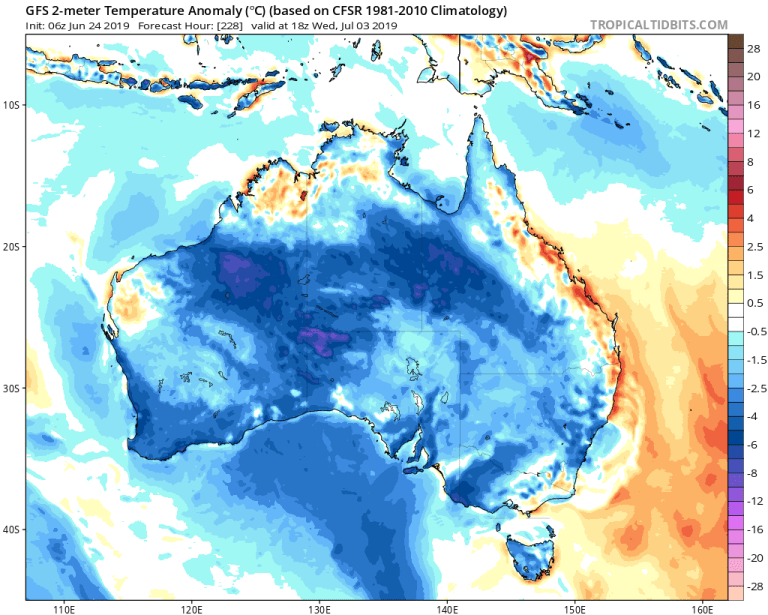 The cold times are returning, as the sun enters it’s next Grand Solar Minimum cycle.

Our star is now in the solar minimum of it’s weakest cycle in over 100 years, with NASA’s forecast for the sun’s next cycle revealing it’ll be it’s weakest for the last 200 years (see the link below).

We’re on our way back down:

Disaster Averted! – Greenland Has Big Turnaround And Is Now Gaining Ice In Summer 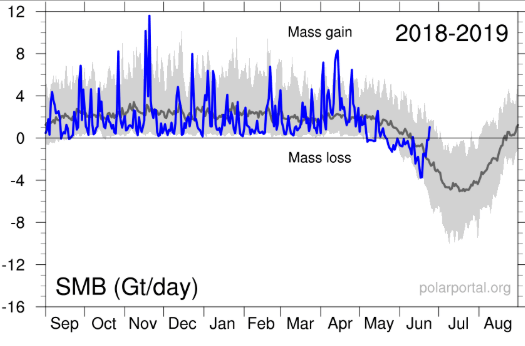 After the slew of End of the World articles last week claiming Greenland’s Ice Sheet was on “the verge of collapse” and about to face another “scorching annus horribilis”, the sheet is in fact now GAINING massive amounts of ice — something it doesn’t often do this time of year.

The scaremongering appeared to have no limits — terrifying predictions were copied-and-pasted all over the web, the brain-dead eco snobs arranged marches, and our worrisome children had many a sleepless night, their poor little stomachs tied-up in more knots than Greta’s Hitler Youth pigtails. More …