That is roughly half of the 31.2 rating that Donald Trump and Hillary Clinton received last week. 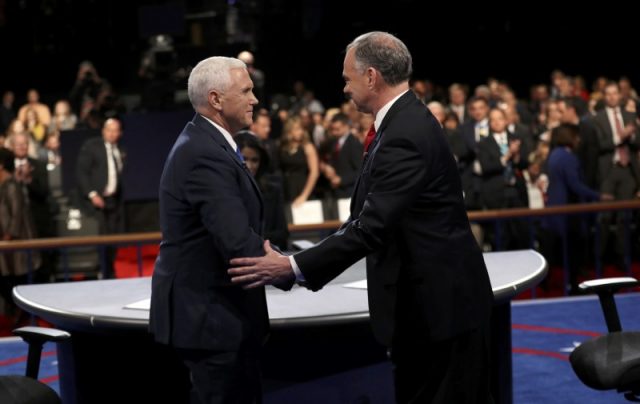 The numbers came nowhere close to the vice presidential debate between Joe Biden and Sarah Palin, which set record highs in 2008 with 70 million viewers.

Many people on Twitter decided Pence won the debate after Kaine repeatedly interrupted (72 times) him throughout the 90 minutes they were on stage.