More than 6,500 people registered to vote in New Hampshire on Nov. 8 using out-of-state driver’s licenses, and since then the vast majority have neither obtained an in-state license nor registered a motor vehicle.

Conservatives say the state’s same-day registration is an invitation for fraud because of loose proof-of-residence rules.

Since Election Day, Republicans have charged that a significant number of nonresident Democrats, principally from Massachusetts, flowed into New Hampshire to vote illegally, tilting a close race to their party.

“Having worked before on a campaign in New Hampshire, I can tell you that this issue of busing voters into New Hampshire is widely known by anyone who’s worked in New Hampshire politics. It’s very real. It’s very serious. This morning, on this show, is not the venue for me to lay out all the evidence,” White House policy adviser Stephen Miller told ABC News in February.

Though Mr. Jasper’s findings don’t prove those accusations, they do corroborate them. The numbers read this way:

New Hampshire law gives drivers 60 days upon establishing residence to obtain a state license.
But more than 80 percent of voters who registered on Nov. 8 using out-of-state driver’s licenses, or 5,313 of them, neither had a state license nor registered a motor vehicle almost 10 months later.

Double voting is illegal, and 196 people are being investigated for casting ballots in New Hampshire and in other states.
In the presidential race, Democrat Hillary Clinton defeated Republican Donald Trump in New Hampshire by 2,736 votes. In an even tighter race, for the Granite State’s U.S. Senate seat, Democratic challenger Maggie Hassan defeated incumbent Republican Kelly Ayotte by 1,017 votes.

“We’ve known for months that more voters cast ballots without any proof of actually living in New Hampshire than the differentials for either federal contest there in 2016,” he said. “Now it looks like they were back in Boston in time to watch the election returns that evening. The left-wing groups suing to block new proof-of-residence laws for same-day voter registration are really proving what drives them to the courthouse.”

Project Veritas, a conservative investigative unit, took hidden cameras to New Hampshire for the 2016 February primary.
Poll workers told Veritas operatives that they did not need to live in the state to vote, that they could use a Massachusetts driver’s license and that they could fill out a form if they had no ID.

“If you’re here today, you can vote and be gone,” one poll official unwittingly told Veritas.
A spokesman for Mr. Jasper said the speaker was presenting raw data and did not know which states issued the 6,540 licenses and acknowledged that the numbers could include some college students.

In February, while meeting with senators at the White House, Mr. Trump said he lost New Hampshire because thousands of Massachusetts residents crossed state lines to vote. He also said Ms. Ayotte lost for the same reason: illegal voting.

The liberal media dismissed his accusations. The Boston Globe called them “groundless.”

Democrats oppose the panel and have called for its demise.
At least two scientific surveys show that a larger number of noncitizens register and vote illegally in U.S. elections. One poll found that a large majority vote Democrat.

Mr. Jasper said in a statement that he requested the driver’s license and motor vehicle information “to benefit the legislature in its assessment of the effectiveness of our current election laws as well as future legislation that could improve our voter registration and verification processes.”

The two state departments, State and Safety, provided the data to Mr. Jasper on Wednesday in a joint letter.
Secretary of State William M. Gardner, a Democrat, signed the letter. Also signing was John Barthelmes, the Republican appointed commissioner for the Department of Safety.

The two agencies explained the 5,313 number (neither a driver’s license nor a registered motor vehicle many months later) with several possible reasons.

The letter contains another interesting fact: There were 6,033 people who signed domicile affidavits in order to register to vote. The secretary of state sent letters to all of them, and the U.S. Postal Service returned 458 of them as not delivered to the address on the registration forms.

And, after all the voter fraud, FAKE NEWS, lying and cheating, she still lost  ??? 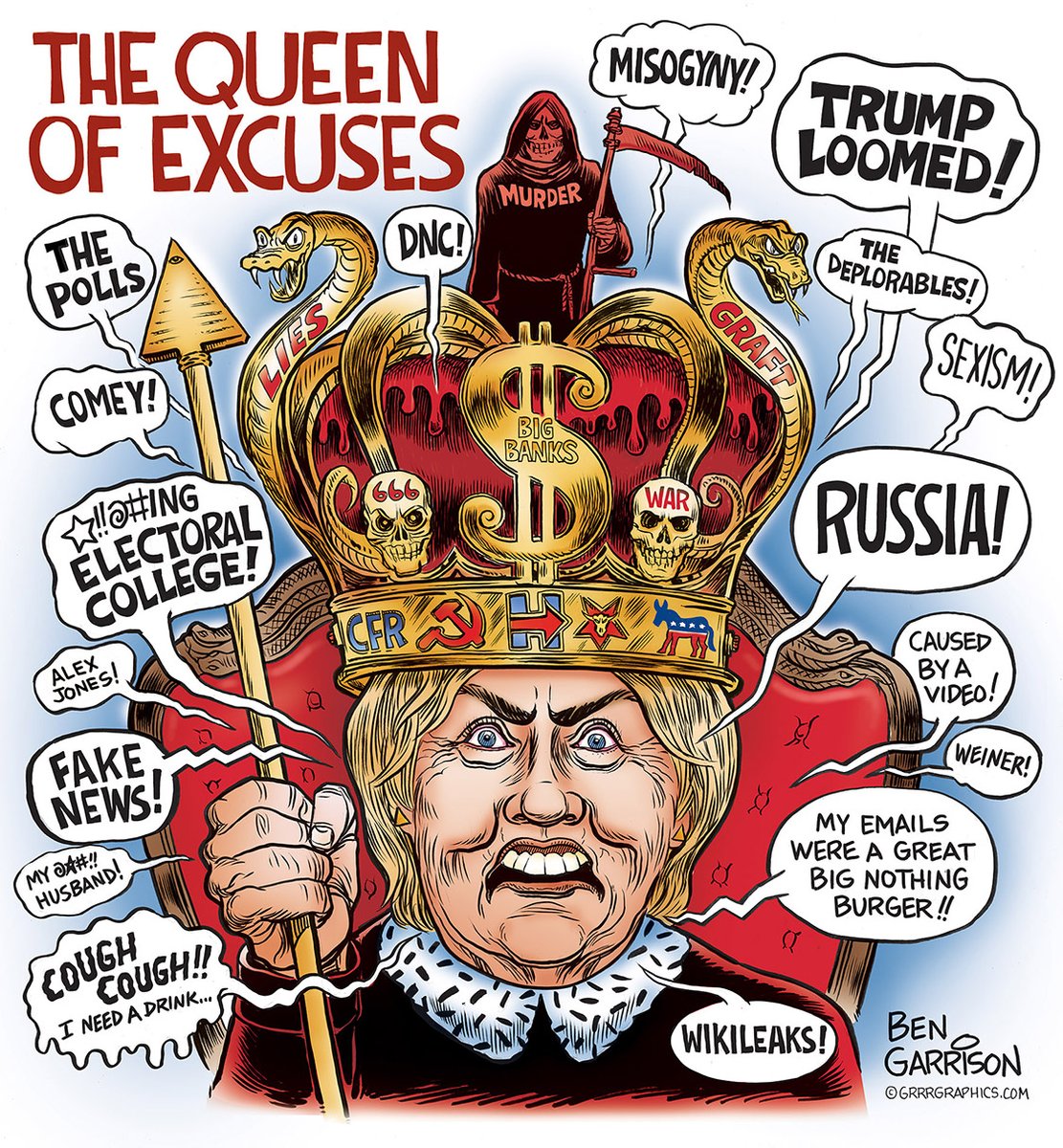