North Korea fired a suspected ballistic missile towards Japan on Monday, South Korea’s military said, amid mounting tensions in the region following a series of missile tests by Pyongyang.

The projectile appeared to have landed in Japanese waters, Yoshihide Suga, spokesman for the Japanese government, said, adding that the launch was a clear violation of UN resolutions.

“This ballistic missile launch by North Korea is highly problematic from the perspective of the safety of shipping and air traffic and is a clear violation of United Nations Security Council resolutions,” Mr Suga told reporters in televised remarks.

South Korea’s military said the projectile appeared to be a short-range Scud missile that flew about 450 km (280 miles) and landed in the sea off its east coast. 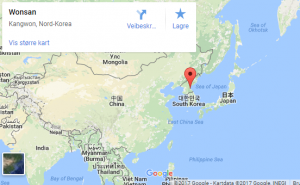 The White House said President Donald Trump had been briefed about the reported launch.

US authorities tracked the six-minute flight of what was believed to be a North Korean short-range ballistic missile until it crashed into the Sea of Japan, the US Pacific Command said on Sunday.

A statement by the South’s Joint Chiefs of Staff said the launch came from around the eastern North Korean coastal town of Wonsan.

South Korea’s Yonhap news agency, without citing a source, said the projectile was believed to be a ballistic missile, but the South Korean military said it was still analysing what exactly the North launched.

Over the past few months, the young leader has overseen several military drills, including the test-firing of a medium-range ballistic missile last Sunday, as Washington seeks to ramp up pressure on Pyongyang to curb its nuclear ambitions. 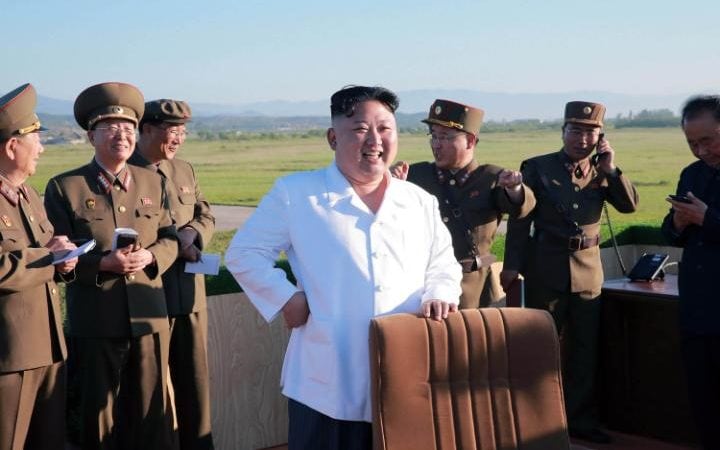 The North’s official Korean Central News Agency said Mr Kim “watched the test of a new-type anti-aircraft guided weapon system”, which was aimed at “detecting and striking different targets flying from any direction”.

KCNA did not give the exact date and location of the drill.

Pyongyang first tested the new weapon system in April last year when some defects had been discovered, but Mr Kim said the latest test verified that all glitches had been “perfectly overcome”, KCNA said.

The efficiency of the weapon system “to detect and track targets has remarkably improved and its hitting accuracy has also increased” compared to last year, the young leader was quoted as saying. 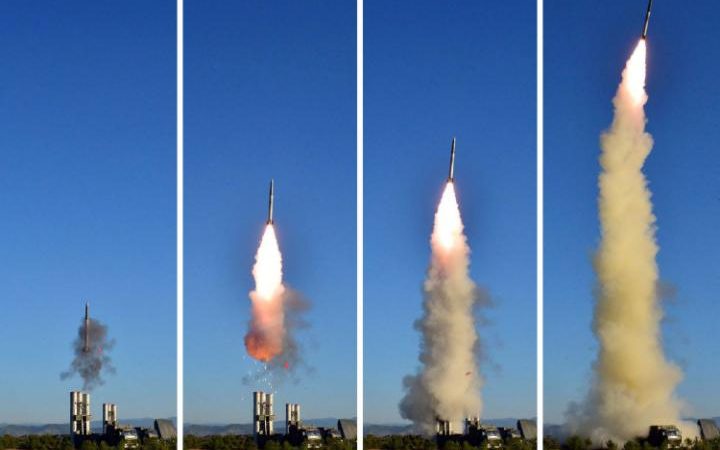 Expressing his satisfaction, Mr Kim said: “(It) should be mass-produced to deploy in all over the country like forests so as to completely spoil the enemy’s wild dream to command the air, boasting of air supremacy and weapon almighty.”

Tensions are high in the region over the nuclear-armed North’s weapons ambitions and its regular test-firing of ballistic missiles.

The North has carried out two atomic tests and dozens of rocket firings since the beginning of last year in its quest to develop a missile capable of delivering a nuclear warhead to the continental United States.