President Donald Trump and First Lady Melania Trump are being treated like royalty on their first official visit to China.

Trump and his wife were granted a rare dinner at the Forbidden City, an honor that has not been bestowed on a foreign leader since the founding of the People’s Republic of China 68 years ago.

The president and first lady arrived in China, the third leg of Trump’s two-week Asia tour, Wednesday afternoon. After landing in Beijing, Trump and Melania toured the Forbidden City with Chinese President Xi Jinping and his wife Peng Liyuan. 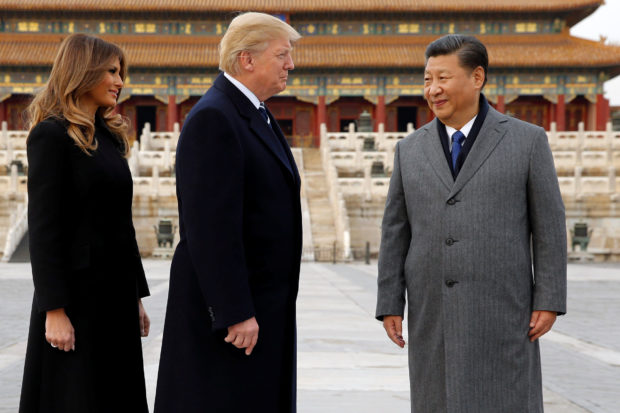 The Forbidden City, a massive palace complex, was the residence of the imperial family for centuries. At this world-famous site, which was shut down for this special visit, the leaders of two of the world’s most powerful countries enjoyed a Peking Opera performance and a dinner together. Such treatment is notably different from what former President Barack Obama received on his farewell tour.

Obama was “snubbed” by the Chinese when he visited Beijing for the G-20 summit last year.

“Xi is going to treat Trump almost like an emperor,” Ming Wang, a professor of government and politics at George Mason University, told CNN, arguing that China “will give Trump an exceptional reception, essentially they’ll try to make Trump happy.”

Whether Trump will be swayed by such treatment remains to be seen. The president is expected to press China on issues concerning bilateral trade and North Korea, two huge problems impacting the bilateral relationship. While Trump has spoken highly of China’s president, the country’s strongest leader in decades, on numerous occasions, his administration has not hesitated to antagonize the Chinese on matters impacting U.S. strategic national interests.

It remains to be seen whether talks between Trump and Xi will be productive or largely ceremonial.

President Trump and the First Lady arrived in Beijing, where they were met by a crowd of soldiers and jumping children!

President Trump and the First Lady arrive in China. https://t.co/wUzfeBzcf3

The ceremony accompanying Trump’s arrival Wednesday afternoon was elaborate even by China’s lavish standards. Heads of state are usually given a low-key reception at the airport, with the real pomp and circumstance reserved for his or her arrival at the Great Hall of the People in the center of Beijing.

The president and first lady appeared pleased, smiling and accepting flower bouquets, with Trump at one point throwing his arms open and appearing to exclaim, “Wow.”

As Trump’s motorcade pulled away, the tempo increased, with children jumping up and down while they waved and chanted.

Protocol is extremely important in Chinese governance and diplomacy, and such events are always carefully choreographed down to the smallest detail. Spontaneous interactions between visiting leaders and ordinary Chinese are rare, although visiting U.S. presidents have in the past been permitted to deliver speeches and meet with university students.