The skull of Edward Mordrake, the man born with a second face on the back of his head, c. 1890
Although it could not speak full words, the second face was able to laugh, cry, and make strange noises without Edward’s control. He reportedly begged doctors to have his “Demon Face” removed, claiming that it whispered to him at night, but no doctor would attempt it. He committed suicide at the age of 23. 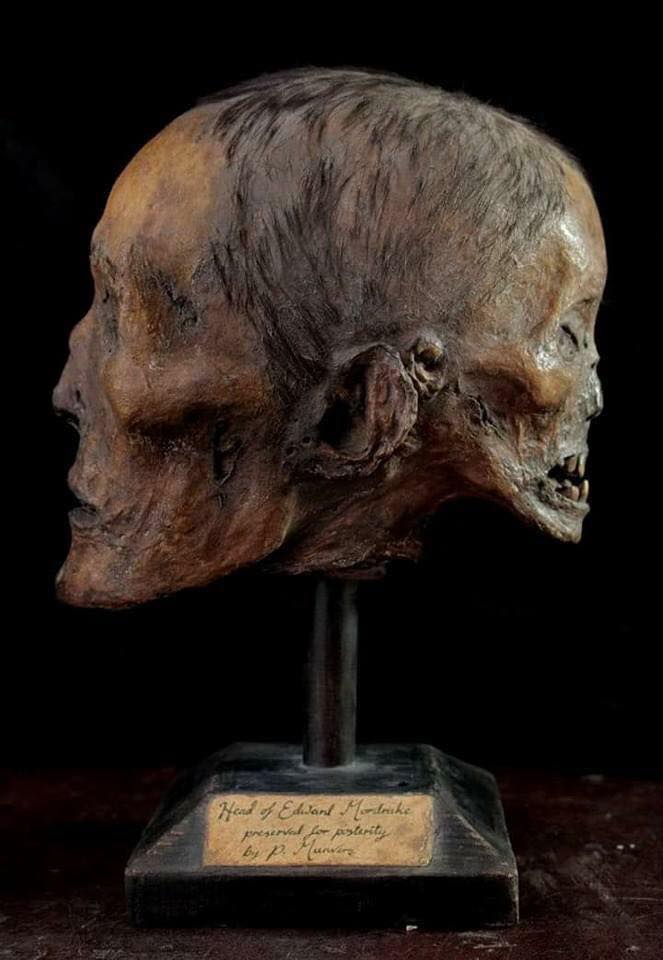