The Polish ministry of foreign affairs is set to contest European Commission plans to penalise the country for refusing to accept any refugees as part of an EU relocation scheme.

The revelation comes after the Commission said it would prepare penalties over refugee inaction for Poland, Hungary and the Czech Republic.

Dimitris Avramopoulos, European Commissioner for Migration, said: “Europe is not only about requesting funds or ensuring security”, but insisted that the move was “not a punishment” and the Commission could reverse its decision “if the governments reconsider their position”

In response, the Polish ministry said Warsaw had shown solidarity in the migrant crisis by protecting its external borders.

In a statement, it said: “In 2016 alone Poland seconded 433 Border Guard officers to take part in joint operations coordinated by the European Border and Coast Guard Agency (Frontex), including a 227-strong deployment in Greece.”

The ministry also said referenced its allocation of around 118.5million Polish złoty (£24.8million) to measures in aid of victims of the conflicts in Syria and Iraq as an example of its efforts to forge stronger humanitarian engagement in the region. 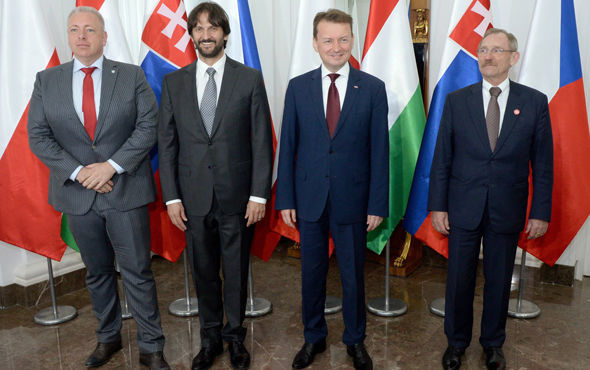 The statement continues: “Poland also draws attention to its involvement and stabilising role along the EU’s eastern border.

“In 2016 Poland took in over a million migrants and refugees from Ukraine and the East, thus easing the migrant pressure on other EU countries.

“We would also like to emphasise that no EU member state has so far fulfilled its commitments stemming from the 2015 relocation decisions.

“We reiterate our position that migration policy falls within the competence of nation states.”

Poland and Hungary have failed to take in a single refugee between them and openly oppose the migrant quota scheme and its mandatory nature.

The Czech Republic took in just 12 refugees last year and none so far this year and said it wanted out of the scheme because of security concerns.

Slovakia — the fourth member of the Visegrad Group of Central European countries — has relocated just 16 refugees out of the 902 it was supposed to take but will escape sanctions because the Commission is only taking action against countries that have not made pledges to take in refugees in the last 12 months. 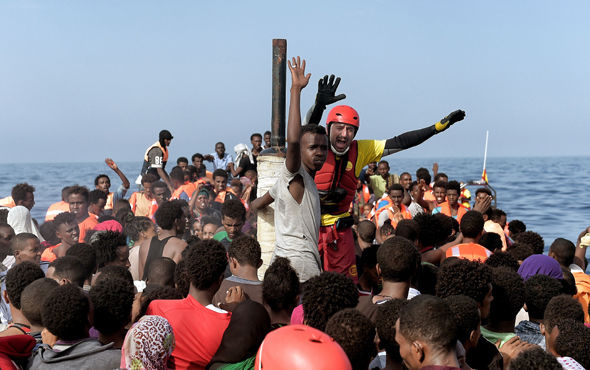 Europe has faced a growing migrant crisis since 2015

The Visegrad Group has relocated 28 refugees in total out of a combined quota of 11,069.

And in an interview in German newspaper Der Spiegel Mr Juncker said: “I am for launching infringement proceedings — not to make a threat, but to make clear that decisions that have been made are applicable law, even if you have voted against it.”

Fake refugees (freeloaders and terrorists) should be sent back just as fast as they set foot in Europe and those shipping them across the Mediterranean should be prosecuted as human traffickers, they are all CRIMINALS!

Europe are lucky to have countries like Poland, standing up for common sense, security and backbone to say no to this complete insanity!

How much money are being spent to corrupt these politicians to make this scheme possible? Is this the dirty Soros money at work?

Or, is this scheme paid by European taxpayers?