That is a sick, disgusting fuck!

On Wednesday, President Obama added another prestigious medal to his Nobel Prize collection when he had Defense Secretary Ash Carter award him with the Department of Defense Medal for Distinguished Public Service.

Secretary Carter awarded his boss with the medal on January 4 during the Armed Forces Full Honor Farewell Review for the President held at Conmy Hall, Joint Base Myer-Henderson Hall in Virginia.

Carter insisted that the medal was a token of appreciation for Obama’s service as commander in chief, the Associated Press reported.

After spending the last few weeks throwing roadblocks in the path of President-elect Donald Trump and his transition team, Obama nonetheless claimed in his remarks to the members of the military in attendance that “We’ve got to make sure that during this transition period that there is a seamless passing of the baton, that there’s continuity.”

Along with the AP, CBS News White House correspondent Mark Knoller also marked the ceremony with a Tweet to his followers.

Many commenters on Knoller’s Twitter feed were incredulous at the award. Some likened the award to a much maligned “participation medal” and others were skeptical of Obama’s underling giving his own boss a medal. 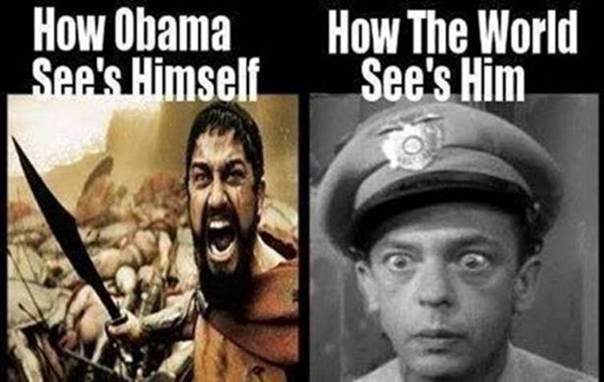