Tomorrow is the day that the electors meets to cast their votes for the next President of The United States of America.

That person is Donald Trump, who won in an electoral landslide against Hillary Clinton.

Since that time the left has cried, rioted, made every excuse in the book, and now are trying to usurp the will of the American people by overturning the Electoral College.

We’re witnessing their last stand – and it’s a doozie.

The nation’s 538 presidential electors have been thrust into the political foreground like never before in American history. In the aftermath of a uniquely polarizing presidential contest, the once-anonymous electors are squarely in the spotlight, targeted by deaththreats, harassing phone calls and reams of hate mail. One Texas Republican elector said he’s been bombarded with more than 200,000 emails.

“I never can imagine harassing people like this. It’s just f—– up,” said Jim Rhoades, a Republican elector from Michigan who runs a home inspection service. “I’ve lost a bunch of business.”

In recent decades, the Electoral College had become such a reliable rubber stamp of Election Day results that it was viewed as an afterthought.

But with many Democrats desperate to block the all-but-certain ascension of Donald Trump to the White House, this long-neglected body has been gripped by turmoil, and its members have been subjected to pleas to upend centuries of tradition by casting their votes for someone other than the president-elect.

There have been ad campaigns targeting electors and op-eds assailing their role. One Democratic member of Congress has called to delay the vote for president while an investigation of Russian involvement in the election is underway. Twoothers have pleaded with electors to consider Russia’s role when deciding how to vote. Progressive groups are preparing protests across the country at sites where electors will meet to cast their ballots. Personal contact information for many electors has been posted publicly — and it’s been used to bury them with massive email campaigns.

Last week saw the release of a video of celebrities like Martin Sheen pleading with Republican electors to vote for someone other than Trump. On Saturday, Unite for America — the group behind the video — began sending personalized versions to electors in which Sheen and more than a dozen others call them out by name.

The body’s 306 Republicans have faced the most acute pressure of all. Several, like Rhoades, told POLITICO they receive thousands of emails a day from anti-Trump advocates, much of it auto-generated from forms available online. Others say they’re receiving pressure from national Republicans and the Trump campaign to make sure they remain loyal.

“The Trump campaign is calling. The Republican Party of Texas is calling. They’re trying to lock down the votes,” said Texas GOP elector Alexander Kim, who estimated he has received at least 30 such calls. One RNC insider, he said, called him three times in one hour to get a response.

There’s a reason electors like Kim make Republicans nervous. While he insists he’s voting for Trump when the body meets on Monday and that nothing can shake him from that position, there is a caveat: “unless Trump does something to violate the compact that he created with American citizens.”

Just that eyelash of doubt, Kim suspects, has led to his barrage of calls from the party. 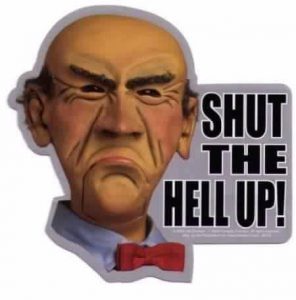