RAF chiefs confirmed this afternoon airstrikes were carried out on six days last week – launching attacks on ISIS fighters in both Syria and Iraq.

ISIS claimed responsibility for Abedi’s bombing which killed 22 people – including children as young as 8 – and an Ariana Grande concert on Monday.

Jihadi targets were blitzed by Typhoons, Tornadoes and Reapers in the latest wave of attacks to help destroy the monstrous cult.

Ministry of Defence bosses released details of the strikes today – with a total of 25 ISIS targets being destroyed in the wake of Manchester.

Britain has been routinely been blitzing the death cult as part of the US-led coalition to wipe out the so-called caliphate in the Middle East. 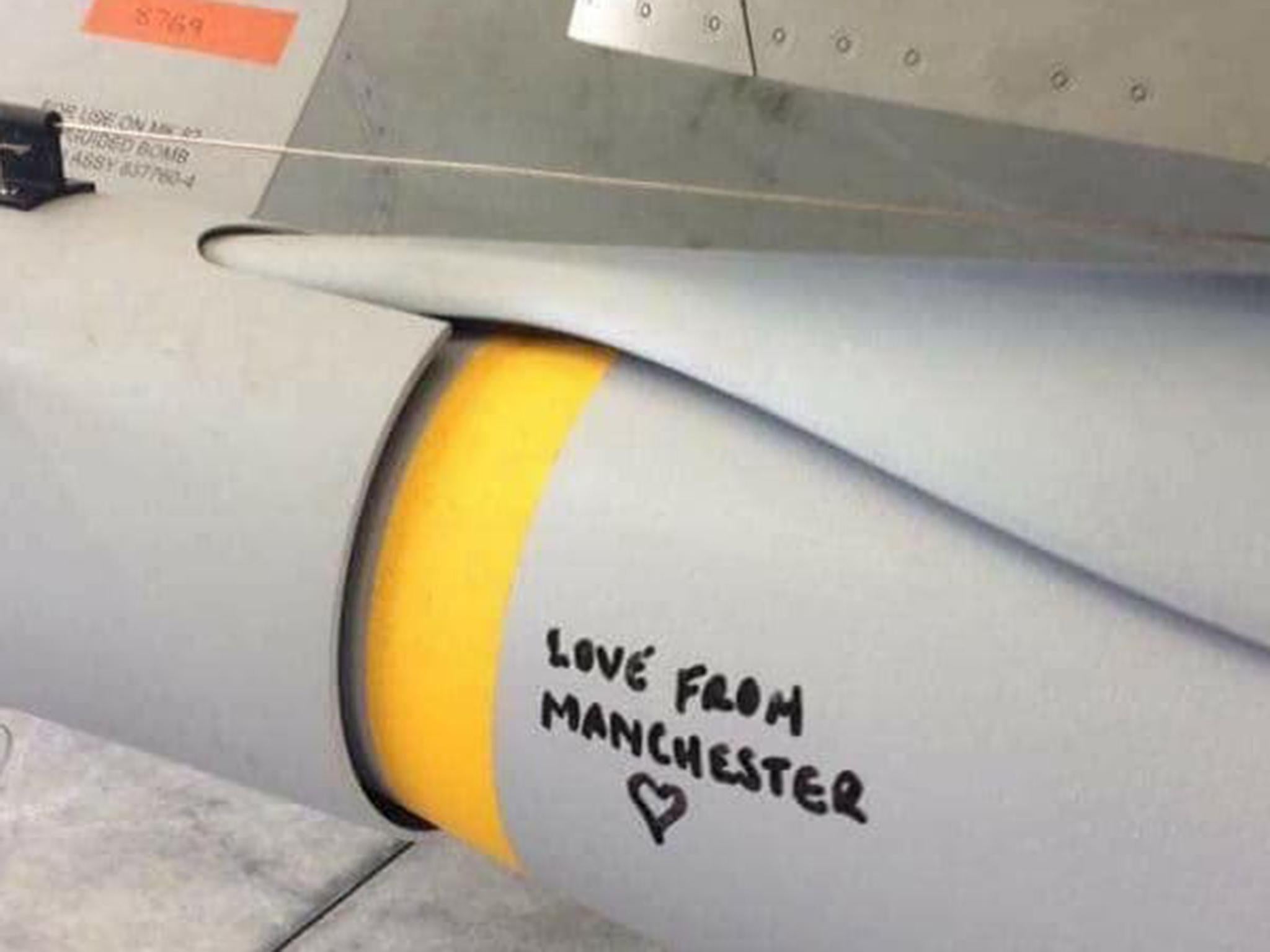 Last week, it emerged RAF servicemen daubed a hellfire missile with a message “Love from Manchester” as the UK coped with the horrifying attack by Abedi.

On Wednesday, RAF Tornadoes destroyed four targets in Mosul, while a Reaper drone attacked an ISIS holding near Raqqa, in the first strikes after the Manchester bombing.

The next day Typhoons bombed a jihadi radio station in Palmyra, Tornados crushed five targets in Mosul, and a joint assault destroyed an armoured truck in Bayji.

World leaders internationally condemned the attack on the Manchester Arena, with strong words from both US President Donald Trump and Russian leader Vladimir Putin.

Britain’s terror threat was raised for the first time in move a decade as soldiers were deployed to the streets of London.

The SAS, MI5 and terror cops have been working around the clock to try and bust a suspected “terror network” in Manchester which may have helped Abedi.

Over the weekend the RAF remained active, with Typhoons and Tornados destroying a machine-gun team and a truck bomb in west Mosul on Saturday.

Daily Star Online revealed Abedi may have had assistance from Iraq as ISIS’s “signature explosive” was found in his device.