From The Deplorable Climate Science Blog

Arctic sea ice volume is the highest for the date in 13 years, and melt is the slowest on record. Greenland surface mass gain is above normal and continues to increase. Greenland is still locked in winter, days before the summer solstice.  Vikings farmed Greenland during the recently erased Medieval Warm Period, but farming would be pretty difficult in the modern cold climate. Eighty years ago, the glaciers in Greenland were “nearing catastrophic collapse”

Arctic temperatures increased ten degrees during the first half of the 20th century. 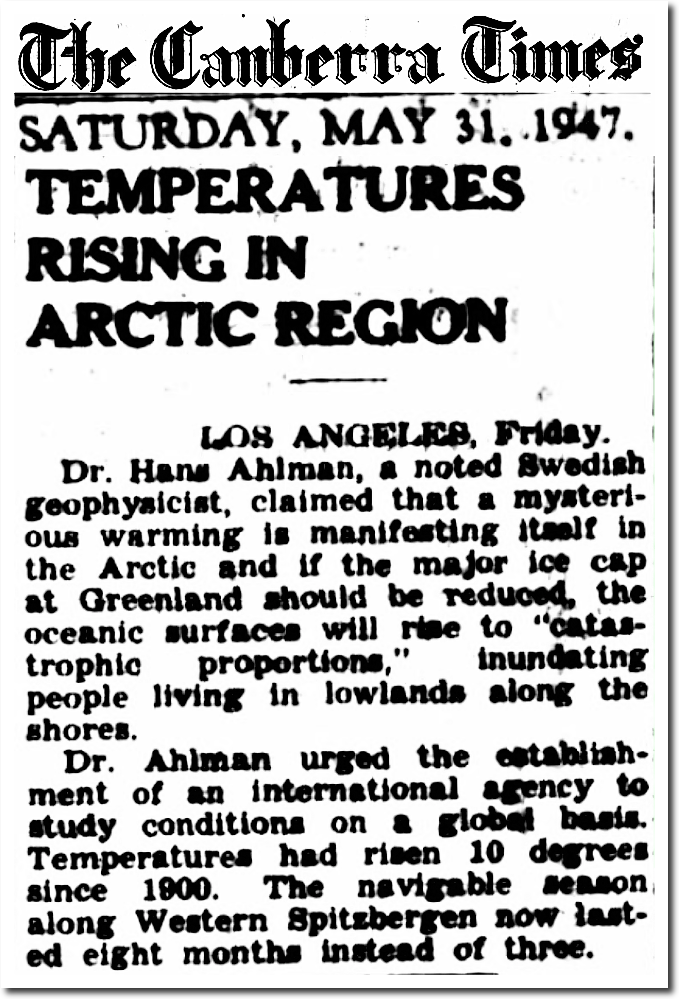 May 2018 Measured Vs. Adjusted Meanwhile, scientists and the press continue their spectacular lies – saying the exact opposite of what is actually occurring. There is not a lot of melting going on at -18C Prior to the information age, people had an excuse for believing deep state propaganda. But there are no excuses any more.

More feet deep snows from British Columbia to Montana and the eastern edge of the continent froze which decimated crops. Grand solar minimum cycles may be hypothesized to show cooling at the maximum edges of the last ice sheets as these areas are now matching in the overlay.