Image: The Month of May Brings Record (Sometimes Historic) Cold to BOTH Hemispheres

The warm start to 2020 is mostly the product of one region – Siberia. And Siberia is on fire as never before. 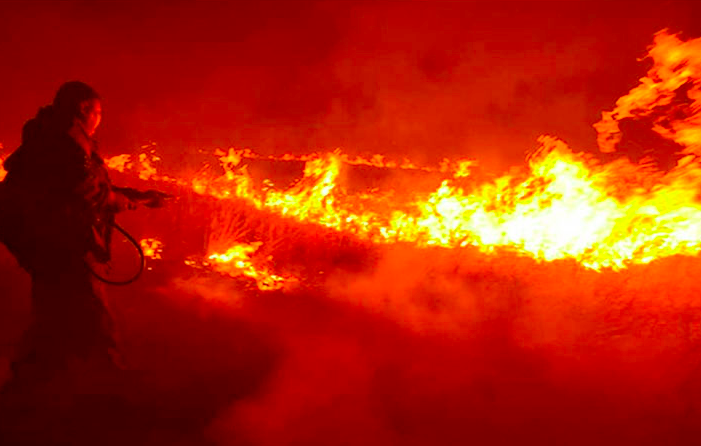 It has been reported widely that as far as the global temperature goes 2020 has gotten off to a very warm start with a temperature possibly second only to the strong El Nino year 2016. This has led to speculation that this year might even be the warmest on record and a strong indicator of ongoing global warming particularly as there is no El Nino this year to boost temperatures temporarily.

A strong claim and a good headline but a closer look at the data reveals that the situation is somewhat more complicated.

Looking at the global distribution of temperature change produced by NOAA one can see that this warm start to 2020 is the product of one region – Siberia. It seems that since last December there has been a particularly strong temperature increase in that region. As such it clearly mathematically contributes to monthly average global temperatures but care should be exercised when interpreting it as a global event. It’s a regional warming and on timescale far too short to be related to climate change. In short, it is misleading to describe what is happening using only the global average temperature. 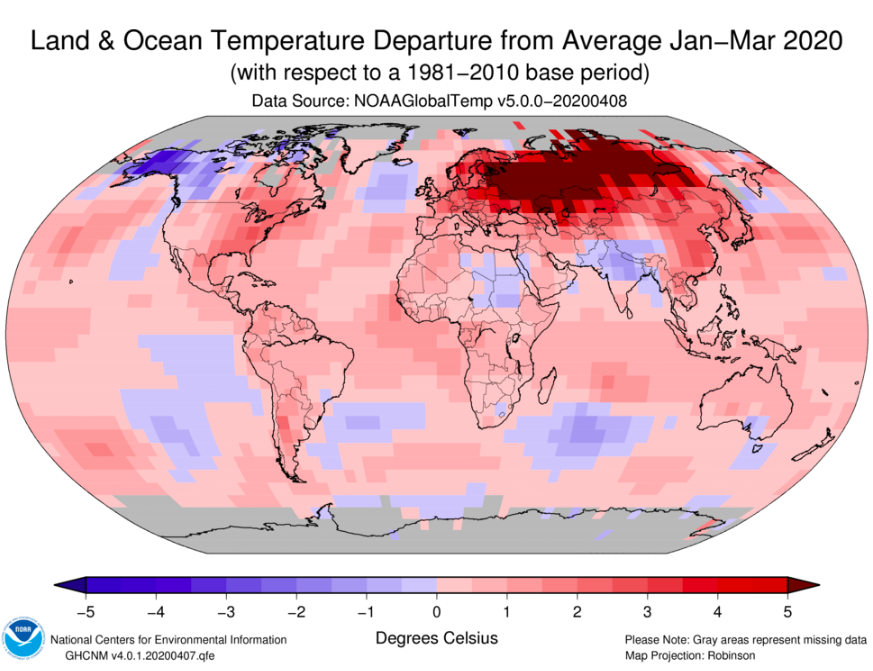 Parts of Siberia – home to the world’s largest forrest, The Taiga – are under many types of stress and there could be many factors contributing to this regional warmth. Fire is one of them because much of Siberia is on fire as never before. Sergei Anoprienko, the head of the Federal Forest Agency, told the Siberian Times, “In total, on April 28 this year, 3,339 outbreaks were recorded. In comparison only 1,960 were recorded last year.”

Fire is an annual Springtime event in South Eastern Siberia but this year it is much worse leading Russia’s Emergencies Minister Yevgeny Zinichev described as a “critical situation.” About five million acres of forest are ablaze destroying woodland, property and polluting the air for hundreds of miles. Indeed its effects can be felt over continental distances. 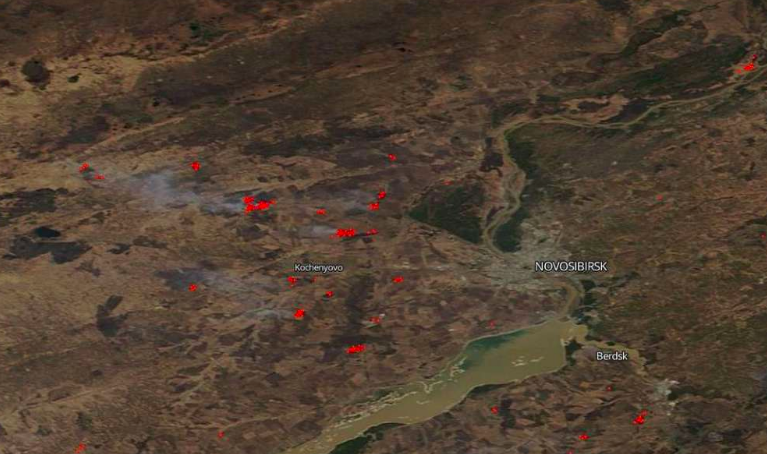 Many of the blazes are cause by humans – unauthorised and uncontrolled agricultural fires. In addition it was warm in the region so people left their homes and lived outside being careless with open fires as they did. But the heatwave has dried out soils and the snow disappeared quickly. Some believe that this Spring the Taiga is burning at a rate unseen in 10,000 years. Carbon dioxide is released contributing to the warming.

Deforestation is also rife in the region, frequently illegally for the growing Chinese market. Pirate loggers especially like the Cedar and when stripped out all that is left behind are scrawny pines and lifeless soil. It’s getting worse each year as logging bans in China’s forests have generated a demand for foreign timber. Estimates are that up to 30% of all felling volume is illegal. Russia’s federal government has tried to impose tariffs on exported wood but it hasn’t been a discouragement. Corruption is widespread amongst state officials and some have been jailed.

The practice of chopping down diseased trees to prevent wider contamination is also being abused. Officials give a contract to clear sick trees which are then chopped down and sold for more than ten times the cost of a permit because they were healthy.

New research published in Science Journal says that carbon dioxide release by boreal fires could considerably accelerate global warming although the scientists concerned caution that there is still a lot about the characteristics of boreal fires occurrence mechanisms that we do not know. The researchers looked at fire activity and found that the annual burned area increased when a positive Arctic Oscillation (AO) takes place in early months of the year, despite the peak fire season occurring 1 to 2 months later. They state that Siberia requires appropriate fire management strategies to prevent massive carbon release and accelerated global warming.

The fires are not a new problem. Russian and Chinese historical records reveal a positive trend of fires over the past few decades of which it is speculated that man-made fires have contributed significantly. Arctic warming has produced long-term spring warming and earlier snow melt.

It seems clear that human fires that become out of control and forest clearance will only amplify the problems for the region as well as being a significant influence in rising temperatures. But there is some indication of what could be done.

A recent paper in Nature Communications found that when a region returns to forest and tree cover, cooling results. Another new paper suggests that reforestation can counter the “deleterious effects of climate warming. ” Cooling due to reforestation can reach 2-3°C for the air above the surface and 4-6°C for the surface it concludes.

So next time you see a climate change headline consider that the story behind is rather more complicated than implied, with implications quite different from those suggested.

GWPF Webinar: Coronavirus, Climate Change and the Role of Science in Public Policy