The community of Schefferville, located in the North of Quebec has seen its been shortened by Mother Nature. The snow fell during last night, while the temperatures were very cool.

The mercury hit 1 degree Celsius on Wednesday morning at Schefferville and the slush has been seen by many citizens. According to Francois Desy, who lives in the community with almost 200 people, the snow was visible a little more in altitude, on the small mountains near the city. Some white spots were visible on the mountains at low altitude.

According to Mr. Desy, it would not have been a lot of accumulation on the ground, if this is only on the mountains a little more altitude. Since then, the rain that fell today melted the little snow that has fallen.
This is an exceptional situation, but that does not surprise Francis Desy. “This is not normal to see this kind of weather in the month of July, but on the other hand, it is the reality of our city located near the 55th parallel,” Says Mr. Desy. This is the reality of the communities of the north, even if it may not be normal in the middle of July. It was still a surprise for us this morning,” he concludes. 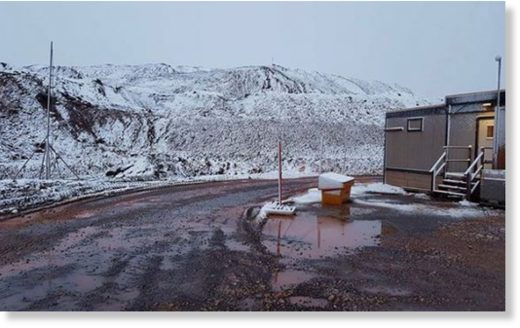