While many politicians and civilians in the United States focus on making the country a socialist regime, Venezuela’s children are forming gangs and using machetes to fight each other for “quality garbage” so they have something to eat.

Socialism is only good for those already at the very top.  It’s a very important lesson for anyone seeking to “remove the wealth” from the 1%.  Never assume that the rich will allow you vote their money away in the first place. The other issue most socialists forget that the 1% is made up the very wealthy politicians from both parties who will profit immensely from the implementation of socialism.  Of course, when that does happen children starve and become violent as a means to survive and have just one more meal. 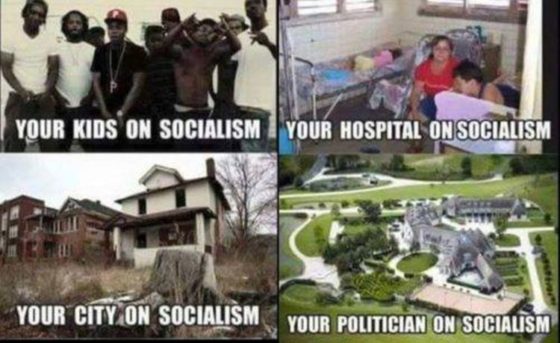 The Miami Herald has detailed the lives of children forced to live under the harsh realities of socialism. Liliana, at the age of only 16, has become the mother figure for a gang of Venezuelan children and young adults called the Chacao, named after the neighborhood they’ve claimed as their territory. The 15 members, ranging in age from 10 to 23, work together to survive vicious fights for “quality” garbage in crumbling, shortage-plagued, socialist dystopia of Venezuela. Their weapons are knives and sticks and machetes. And their only prize is garbage that contains food scrapes barely good enough to eat.

Many of the children in the Chacao gang flock to a life of violence but a family-oriented one because there’s no other option if they want to eat.  There are at least 10 gangs in the capital of Caracas according to social workers and police estimate. “There were always children on the street in Venezuela but now we are seeing a new phenomenon — kids who get more food on the street than at their homes,” says Beatriz Tirado, who leads “Angeles de Calle,” or Street Angels, a non-governmental charity.

“Our kids are finding ways to survive because neither in their homes nor in their communities is there enough food,” explains social worker Roberto Patino, who has established 29 public diners all over the country to feed the massive numbers of hungry children. But Patino also bemoans that there are not enough resources to help the children get their lives back on track let alone feed them properly. For now, many have turned to trash bags as a source of nutrition.

But the gang life is dangerous for the children. Often, they venture into the more affluent neighborhoods of the politicians. One of those territories is Las Mercedes. It has high-end restaurants that attract the political elite Venezuelans. Because garbage bags there often contain leftovers and even untouched food, they are sought after by a number of the gangs. The clashes over bags of trash can be deadly.

The children often take to the consumption of street drugs at an early age as well.  They become criminals, tossing the law out the window to survive.  They steal, assault people, and use drugs like crack, sometimes smoked in makeshift pipes made from the parts of discarded plastic dolls, but for a very disturbing reason. “When you smoke you don’t feel hungry,” explains Patricio.

The few failures of capitalism are much preferable to the few success of socialism. Although one can argue that there haven’t been any successes with regards to socialism unless you count the lining of the pockets of the politicians who rule over everyone else.