Norway’s labor party, Arbeiderpartiet has always said; “We cannot give tax reduction to those who has the most money”, i.e. the rich. That has been the standard answer to everything for decades in Norway.

Because a few will benefit more by reducing taxes, of course no one should have their taxes reduced, that has been their hidden logic. It’s the envy card used to keep Norway’s high taxes intact at a very high level. 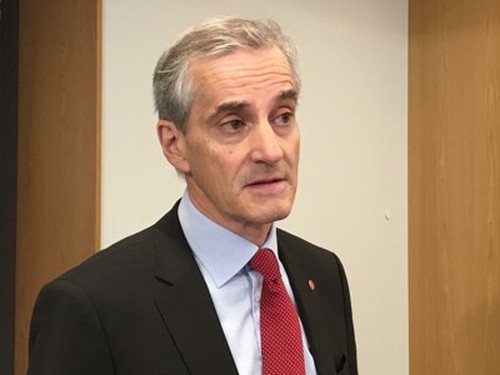 Jonas Gahr Støre (picture), the leader of Arbeiderpartiet (Labor Party in Norway) said: (It’s) “Deeply unfair that someone with my finances gets tax cuts”, directly translated. Meaning, he is “deeply” upset getting 50 Cent in tax reduction ..

.. well, that was before a new law was adopted. This new law allows everyone to pay extra tax totally independent of the normal tax rates he, or she pay.

As the leader of Norway’s biggest political party, Jonas Gahr Støre is expected to be the new prime minister if Norway’s left wins the election later this year.

His personal wealth is between 50 – 100 million NOK. (He smuggled an expensive Afghan carpet and other expensive goods into Norway while he was Foreign Minister during Stoltenberg’s first government, he got caught and lied about it …)

How much money does this, or other virtue signaling leftist hypocrites feel they needs to pay?

Here’s another lie by him caught on camera:

Most on the left is clearly just criminals, Hitler, Pol Pot, Mussolini etc. (67% of inmates in US prisons are leftists) no matter where and when.

Gun Control (by the criminal left and tyrants) History 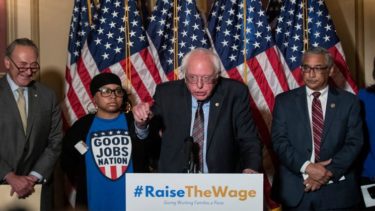 Democrats love to lecture about paying a “fair share,” whether that’s in taxes or employee wages, but a look at how they treat their interns reveals that they like to talk about fair shares more than they like to pay them.

A new study by Pay Our Interns found that House Democrats are less than half as likely as their Republican counterparts to pay their interns.

Pay Our Interns is, according to their website, “a bipartisan, non-profit organization that advocates for an increase in the amount of paid internships within our government, for-profit, and nonprofit sector.”

Senate Democrats too are far less likely than Republican offices to pay their interns.

The study […] found only 3.6 percent of Democrats in the House of Representatives pay their interns, less than half the percentage of Republican House offices (8 percent). Further, 51 percent of Republican Senate offices pay interns, 20 percentage points higher than their Democratic Senate counterparts (31 percent).

According to the study, congressional interns must pay roughly $6,000 in costs related to living in the expensive Washington, D.C., area to serve members of Congress, making it extremely difficult for lower-income Americans, no matter how talented, to pursue a congressional internship.

Being an unpaid intern in D.C. is expensive, and for all their love of fairness, Democrats are content with excluding anyone who can’t afford the pricey cost of living from their internships, even though many congressional entry-level jobs require a congressional internship as a prerequisite.

“The cost of interning on the Hill in unpaid positions diminishes the chances for students of color and low-income students to access the intern-to-staffer pipeline, but paid positions help offset the lack of diversity,” the authors wrote.

I seem to recall a media firestorm (as in, here, here, here, etc) over President Trump’s not wanting “a poor person” on his cabinet.

So, where’s the mainstream news headlines on policies that actively prevent people who can’t afford working for free while spending thousands to learn what “fairness” is from the Democratic moral gurus on Capital Hill?

Maybe, just maybe, the party which is twice as likely to pay young people who believe they can someday represent the people in Congress actually cares more about them.

Liberals, on the other hand, claim they know better than anyone what “fairness” means. Consider their push for mandated $15 minimum wages in cities across the country.

Of course, they can’t pay their congressional interns that kind of money, or, say, any money whatsoever. It wouldn’t be practical, like paying $15 an hour to a high school kid for dunking fries obviously is.