A MIGRANT has been arrested after a homeless pensioner was raped, brutally beaten and then left naked at the blood splattered crime scene in a city centre.

Eritrean national Ibraham Salem was arrested on suspicion of the horrific attack against the 67-year-old, which took place in the Portuguese city of Albufeira, 159 miles south of Lisbon.

The authorities allege the migrant, who arrived in the city at the end of October, approached the woman who was sheltering from the bitter cold in the doorway of a bank just before 5am in the early hours of Thursday.

She is said to have been badly beaten, sustaining fractures to her face, as well as being stripped naked and raped.

Footage from the scene shows vast amounts of blood splattered on the floor and up the walls.

The judicial police said that “through the use of physical force” and “in the face of the victim’s resistance” he beat her, “causing maxillofacial and nasal fractures”.

A passerby stumbled on the alleged attack, and chased a suspect to a nearby bus terminal where he managed to detain him until the police arrived.

The 21-year-old said: “I chased him to the old bus terminal and grabbed him. 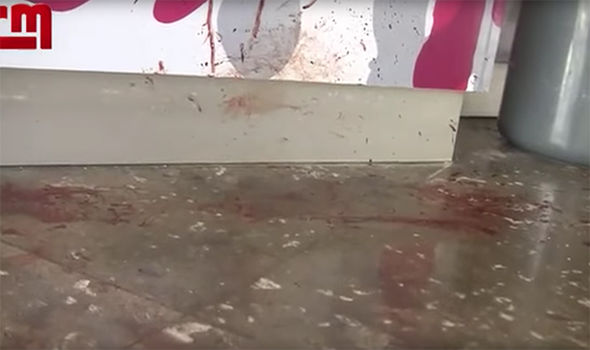 “I alerted the police to the situation and was able to hand the [attacker] over to them.”

He recounted the distressing scene, saying the vicim was “convulsing”, and “blood was everywhere”.

Local media also reported she was “bleeding profusely”, and she rushed to hospital by paramedics where she is said to be in a serious condition.

A judge ordered Salem be remanded in custody after the incident. 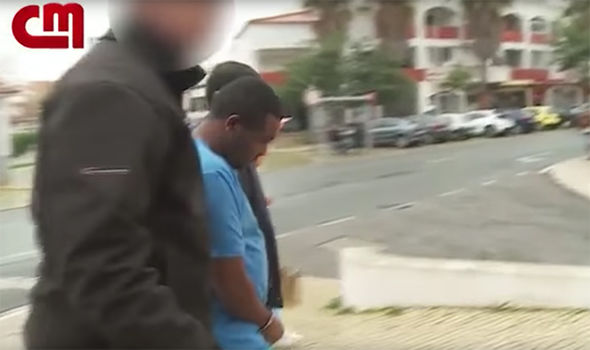 He is said to be one of 15 migrants who was relocated to Italy and granted asylum in Portugal in October.

The group were allegedly being housed in a nearby ‘social solidarity’ non-profit group the Antonio Silva Leal Foundation.

It claims to offer protection to “children, youth, adults and seniors at risk of social disintegration and exclusion”.

Earlier this year another Eritrean migrant was accused of raping a 79-year-old woman in the German town of Iddenbueren.