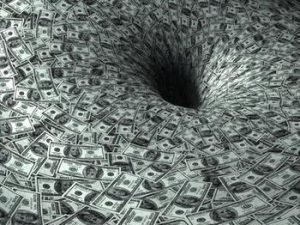 There is no doubt about it, Donald Trump’s historical victory was a game-changer. Hillary Clinton raised an enormous amount of money; approximately $520 million for her failed campaign, according to Reuters. Trump, on the other hand, spent about half of that sum at around $270 million.

As Zero Hedge pointed out, it wasn’t just that Trump spent a great deal less, he also contributed quite a bit of his own money. It’s also important to note that these figures don’t include the Super PACs that supported Clinton and likely spent a great deal more than those on the Trump side.

Relying heavily on an unorthodox mix of social media, unfiltered rhetoric, and a knack for winning free TV time, the New York real estate magnate likely paid less than $5 per vote during his insurgent White House bid, about half what Clinton paid, according to a Reuters analysis of campaign finance records and voting data. Those figures assume the candidates spent all the funds they raised.

Trump’s cost-effective win has upended prevailing concepts about the influence of money in American politics and raised the question of whether a lean, media-savvy campaign can become the new model for winning office in the United States.

Political strategists and academics tend to agree, however, that Trump’s performance would be tough to repeat. A household name for his luxury brand resorts, reality TV stardom, and ability to surround himself with non-stop controversy, Trump held advantages that many political candidates lack.

“I think this is a case where Trump had unique characteristics as a candidate that allowed him to pursue a different type of strategy,” said Tony Corrado, a professor of government at Colby College in Maine.

Speaking of which, that $270 million figure is a bit more than a third of what President Obama spent in 2012 — as the incumbent.

According to data analytics firm mediaQuant, Trump garnered about $5 billion worth of free media coverage during the election campaign, more than twice the amount earned by Clinton, a lifelong politician who served as secretary of state, senator, and first lady at different times in her career.

Trump is certainly a unique candidate, but it’s important to note that he was up against Clinton, who also had an enormous amount of name recognition — not exactly good name recognition, of course — which is often pretty important in politics.

Not only that, it’s important to note that, as we all know, Trump’s media coverage was often extremely negative, whereas the mainstream media covered up Clinton’s negatives and barely covered the damning revelations about her. Instead, they ran with smear after smear about Trump with reckless abandon.

It wasn’t just Trump’s celebrity that allowed him to garner media coverage, it was his message. He spoke to the people and echoed their message across the country. His social media savvy and ability to usurp the media was critical, but it would have been nothing without the message.

A major takeaway here is certainly that campaign strategy has to change with the times, but I’d argue that the greatest campaign strategy is to hear the people and remember that this is our country and politicians are supposed to represent us.

I pray that Trump doesn’t forget that throughout his presidency. If he stays true to what got him there, there’s no limit to what America can do.