In an editorial piece published in the Investor’s Business Daily Saturday 11th February 2017, we are told about a United Nations climate report that environmentalists undoubtedly don’t want anybody to read. It states in plain English “that even if every country abides by the grand promises they made last year in Paris to reduce greenhouse gases, the planet would still be doomed…”

When President Obama hitched America to the Paris accords in 2016, he declared that it was “the moment that we finally decided to save our planet.” And when Trump pulled out of the deal this year, he was berated by legions of environmentalists for killing it.

But it turns out that the Paris accord was little more than a sham that will do nothing to “save the planet.”

According to the latest annual UN report on the “emissions gap,” the Paris agreement will provide only a third of the cuts in greenhouse gas that environmentalists claim is needed to prevent catastrophic warming. If every country involved in those accords abides by their pledges between now and 2030 — which is a dubious proposition — temperatures will still rise by 3 degrees Celsius by 2100. The goal of the Paris agreement was to keep the global temperature increase to under 2 degrees.

The measures submitted included: “Boosting renewable energy’s share to 30%. Pushing electric cars to 15% of new car sales, up from less than 1% today. Doubling mass transit use. Cutting air travel CO2 emissions by 20%. And coming up with $1 trillion for “climate action.”

Central to the report, “phasing out coal consumption … is an indispensable condition for achieving international climate change targets.” That means halting all new coal plants shutting down those currently in use.

Which is quite a big ask, as there are currently 273 gigawatts of coal capacity under construction around the world, and another 570 gigawatts in the pipeline, according to the UN. That’s a 42% increase in global energy production from coal. Which doesn’t consider the 22 coal-fired power stations to be built at 17 locations in Japan to replace their aging nuclear plants. These new installations will on their own produce more carbon dioxide annually than all the passenger cars sold in the United States each year. 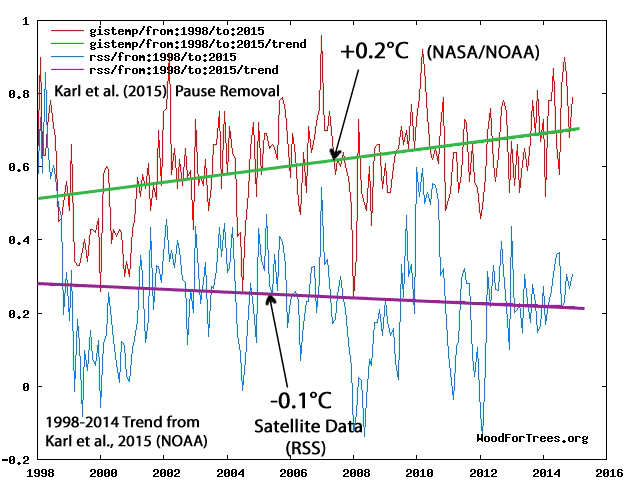 So, with all the hype in the media about “climate change” and with NOAA admitting to data manipulation, as well as acknowledging that the climate has been cooling for the past 10 years, when is the UN going to shut-up shop and call an end to this panhandling charade?

Meteorology Is History Not Science

Three Real Planetary Threats That Have Nothing To Do With CO2

Germany Destroying Its Remaining Forests – To Protect The Climate