The saga shows that despite all the talk of climate change and warming in the Arctic, thick ice can prevent convoys from crossing the Northern Sea Route in deep winter

Two of Russia’s icebreaker vessels have been marooned in the East Siberian Sea after the sea froze over.

The Kapitan Dranitsyn and Admiral Makarov are stranded until May or June after it was deemed unsafe for them to lead a convoy across the sea.

The incident has defied Vladimir Putin’s desire for the treacherous seaway to remain open in January. 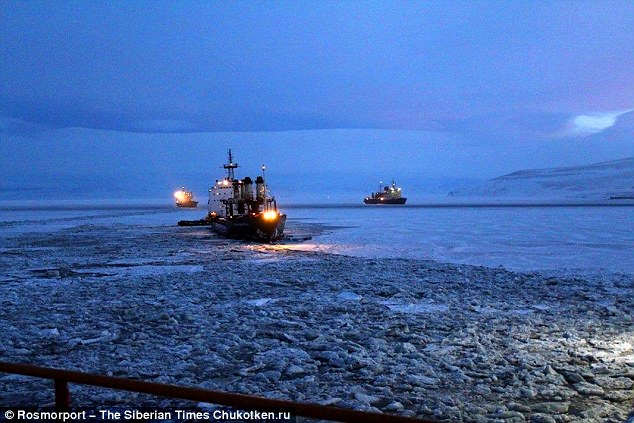 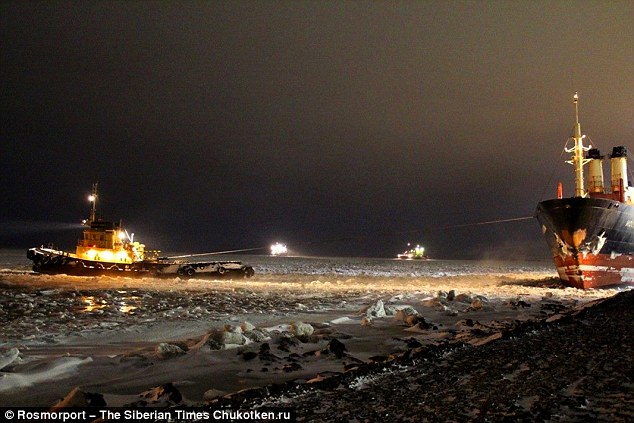 The two diesel-powered icebreakers had sailed successfully from Arkhangelsk to Pevek between December 14 and 7 January with a pair of supply ships delivering materials for the world’s first floating heat and power plant in Chukotka, Russia’s most easternmost region where Chelsea FC tycoon Roman Abramovich was once the governor.

But just 28 nautical miles into the return journey, the convoy led by the two icebreakers came to halt as ‘severe’ compressed ice clogged the ships in the East Siberian Sea.

A decision was taken to sit out the winter in the east of Russia and postpone the return journey until the seaway is clear in May or June.

Three of the vessels later managed to crawl back to remote Pevek port.

Icebreaker Admiral Makarov was redeployed to clear ice in the Russian Far East. 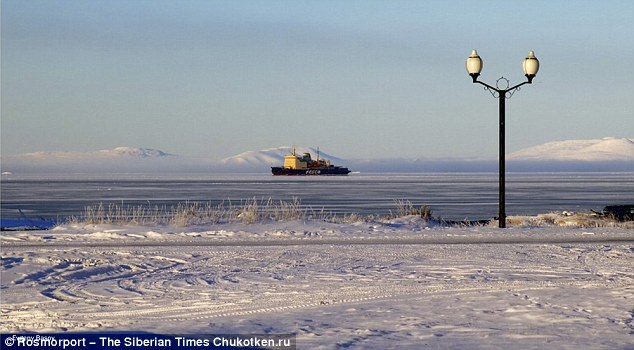 Despite significant temperature rises across the northern latitudes in recent years, the vessels became quickly stuck in thick, compressed ice on their return journey 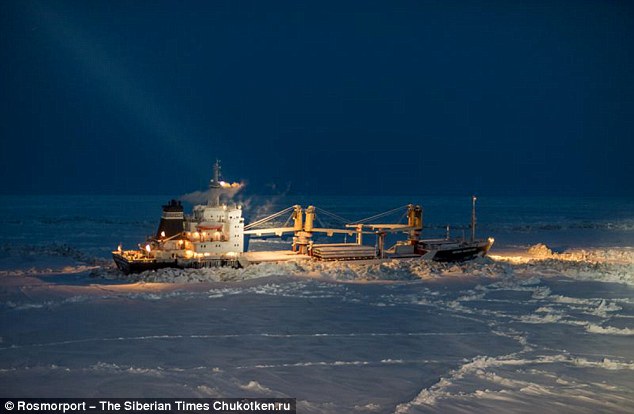 Initially there were hopes that the icebreakers could force their way out and continue their voyage within a week, and aerial reconnaissance was deployed in a search routes from the ice clog

For the convoy to attempt to break through the thick sea ice would risk ‘a very high risk of significant damage’ to the supply ships, experts said.

A spokesman for Rosmorport said: ‘The vessels will remain for the winter because of the very heavy and severe ice conditions.’

The marooning of the vessels is seen as a blow for the Kremlin’s effort to convince the world the northern route offers a viable trade link, but the key to its success is Arctic warming to melt the ice.

Putin views it as a ‘global transport route’ and said last year he has ‘big plans’ for it as the ‘most efficient’ way of transporting cargo between Europe and Asia. 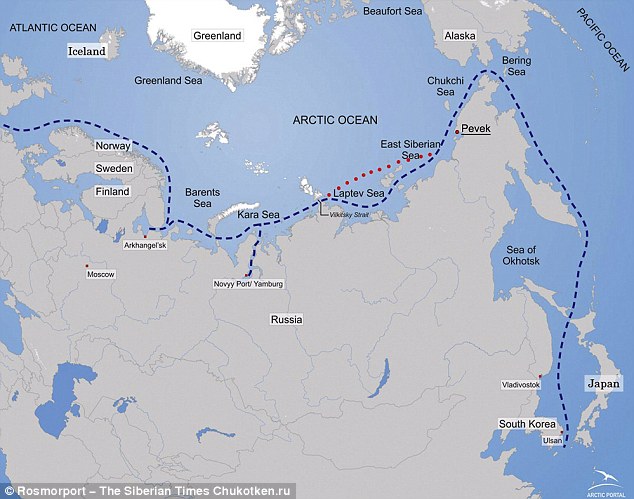 Officials said the icebreakers could have gone further through the ice but there was ‘a very high risk of significant damage’ to the supply ships, and it was decided to postpone the return to Archangelsk