The left gets a free pass to break any laws, interfere in elections in any independent country, smear, lie and cheat – as long as it’s for their “cause” – no questions asked. I know, they are morally superior and their agenda is so pure and moral. We can only hope the Assies feel the same way ..

Christiana Figueres led the UN’s global negotiating process that culminated in the 2015 Paris climate change agreement, and is now a climate leader at the World Bank.

She has thrown her support behind Zali Steggall, who is standing against former prime minister Tony Abbott in the NSW seat of Warringah, Wentworth MP Kerryn Phelps, Mayo MP Rebekha Sharkie and the MP for Chisholm, Julia Banks, who resigned from the Liberal Party and is contesting the nearby seat of Flinders as an independent.

Ms Figueres said the four women “set out strong policy platforms and longer-term vision for what it would take for Australia to take its rightful place as a leader in the global fight against climate change”.

She condemned what she called “the ridiculous climate wars in Australia that have led to a very damaging climate and energy policy vacuum for more than a decade”.

“This inaction is putting us at war with a climate that has no more room for atmospheric pollution,” Ms Figueres said.

Why is the United Nations so frantic to get rid of Tony Abbott, that they would blatantly interfere with and try to influence a single outcome in the 18th May Australian Federal Election?

If climate skeptic politicians do well at the Federal Election, and Abbott retains his seat, there is a small but real possibility Tony Abbott could win back his old job as Prime Minister of Australia.

If Tony Abbott becomes Prime Minister, President Trump will have a new, dependable ally on climate policy, and other key policies like immigration, and international trade, which could shatter United Nations efforts to promote the Paris Agreement and to isolate President Trump on the world stage.

For the “greens” to be that against capitalism, they sure love their money .. Or what do you say Albert? 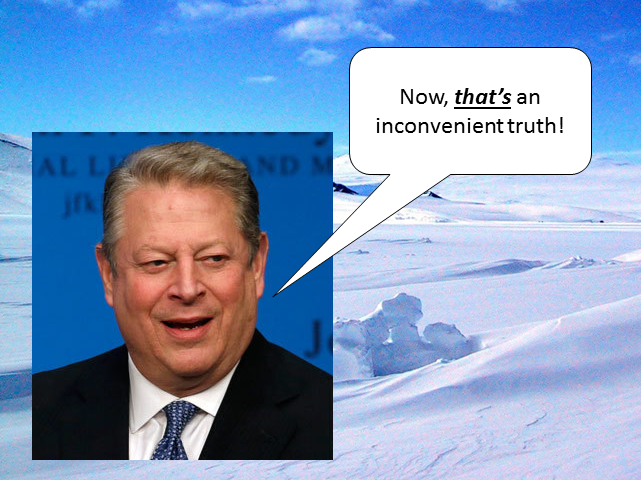