Rush Limbaugh is doing something he hasn’t done in 30 years:

He’s telling his listeners to rally around the President.

When a caller told the talk-show host that he was angry that Republicans have “sat on their hands like spectators” while Democrats and the media “pile on trump from every direction,” Rush told him – and told all Americans – to take direct action.

Here’s the incredible back and forth:

CALLER: I’m angry and I have a question. It’s infuriating to sit and watch Congress stand by while the media and the Democrats just pile on Trump from every direction. The Republicans are sitting on their hands like spectators. They’re doing nothing. Nothing for Trump, nothing for us, the people that put him in office, no legislation. I called (unintelligible) and I called McCaskill and Cleaver — of course, the last two won’t do anything. But the question is what more can all of us do to get the Republicans in Congress to start doing the job we sent them there to do?

RUSH: Well, I’ve gotten this question in one form or another for 30 years. But I’ll tell you, it has a different answer this time when you ask it. The one thing that you need to keep doing — and I don’t know how you do it specifically. Did you vote for Trump?

RUSH: Okay. You need to let these members of Congress know, I don’t care if it’s McCaskill, if it’s Emanuel Meat Cleaver, I don’t care who it is, you need to tell them and you need to get all your friends to tell them that there’s nothing they can do, that you are with Trump to the end. Because all they’ve got is trying to separate you who voted for Trump and support Trump, separate you from him. ‘Cause he’s got no other support base, as you’ve correctly identified. The Republicans in Congress just do not seem to be carrying around the glow of victory. Does it appear like they are to you?

RUSH: No. It doesn’t. And I think that one of the desires is, on the part of establishment Washingtonians, is that after so much time goes by, that you Trump supporters are just gonna get tired and abandon him or just give up and not care because nothing’s changing even after this election. And I think the one thing you all can do is demonstrate however you do it that you are with Trump, that you’re not wavering, that this is not causing you to weaken or lose resolve in any way, shape, manner, or form. You’re never gonna be able to change the media, if that was gonna be your next question. I’m just assuming it was. 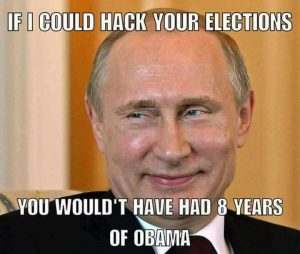