‘The social sciences know a lot and we know what to do next to help with the climate and energy problems,’ said Michigan State University professor Thomas Dietz. ‘But so far there is almost no funding. One estimate is that the United States invests less than 3 percent of the funds it puts into energy hardware research into social science energy research. But if technologies don’t get adopted and used, they don’t have any impact.’ CREDIT South Bend Voice/Flickr

Vox reporter David Roberts thinks Conservatives can’t be persuaded to change their minds about climate change because we’ve been instructed to ignore climate facts by our “elites”.

Conservatives probably can’t be persuaded on climate change. So now what?

One more round of “messaging” won’t do it.

When it comes to climate change, US conservatives inhabit a unique position, as part of the only major political party in the democratic world to reject the legitimacy of climate science and any domestic policy or international agreement meant to address it. Instead, the GOP is working actively to increase production and consumption of fossil fuels and to slow the transition to renewable energy.

How can conservatives be moved on climate change?

Core values, not science, are what drive conservative opposition, Dixon tells Grossman, and “free markets” are a core value for conservatives. They view climate policy as a threat to free markets, which is the real reason they reject climate science, so messaging should assuage those fears.

Elites shape opinion, only elites can change it

Say we accept that the majority of hardcore conservatives have negative opinions on climate change, and they see those opinions as reflective of deep ideological values. What should be done about it?

There are two hidden premises that typically inform such discussions.

The first is that the only sensible response is to persuade all those conservatives. That’s why the focus inevitably turns to messaging and “framing,” the endless search for the right tone of voice, the right combination of arguments, the right mix of facts, stories, and imagery, to move the conservative mind. That’s what so many thousands of hours of effort have gone toward over the last decades.

But it’s backward, as Mullin says. Assessments of science follow political opinions, they do not precede them.

And how are political opinions shaped in the real world?

Well, as I’ve written many times, public opinion is not some great enduring mystery. There’s a decent consensus in the social sciences on what most moves public opinion: elite cues.

Conservatives think climate change is a communist plot because that’s what the right’s elites have told them.

Reality still matters. What we have in the US is not a “difference of opinion” about climate change, it’s conservatives being mistaken about some very basic facts. They’re mistaken because they’ve been lied to and misled by leaders and influencers within their own tribe.

Why not claim and own them while it’s still possible? Then the GOP’s motto in the 2020s can be: “Hey, We Like Clean Energy Too!”

In reality, Democrats probably don’t have the wherewithal to mount that kind of fight. But that’s the only thing that has a chance of breaking the stalemate. The quest to persuade US conservatives on climate change has been extraordinarily long, vigorous, and well-documented. It has also been largely fruitless. Perhaps it’s time for a little agonism.

David has apparently moved on from advocating trying to buy off our leaders; he now wants more “agonism”, more political aggression from his fellow travellers to try to take ownership of the climate issue.

I always find it entertaining to read green analysis of Conservative thinking. Such analysis tend to reveal far more about the way the green left thinks, than any deep insight into the thought processes of Conservatives.

What does it matter what Conservatives think if the “greens” are right based on the facts and empirical data??

Of course, because the facts and empirical data doesn’t support the alarmists position. There is no (Man Made) Global Warming, in fact, there’s no warming at all – not for 6 decades, ref.: 1875 coldest year in 10000 years and no warming for 58 years and Briffa and Melvin Crowns 1936 as Warmest Year Ever!

.. that is exactly what the real world measured temperature data also show (empirical data), not only for the US., for all parts of the world:

Just When You Thought Climate Alarmists Couldn’t Get Any Stupider …

Ice Doesn’t Lie – But NASA And NOAA Scientists Do

100% Confidence Of Incompetence In The National Climate Assessment

These are only a few examples. But, after reading and watching all this, one question has to be asked: Why tamper (committing fraud) with the data if there really is a problem??

That fact alone falsify the (Man Made) Global Warming Scare, that’s all you need to know! 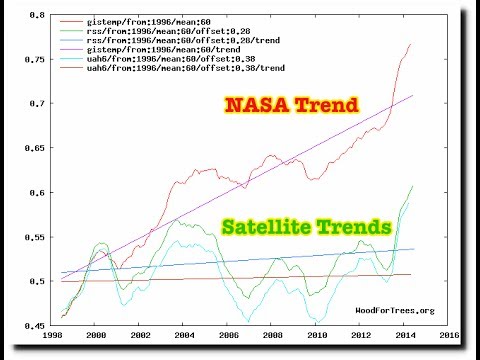