Fig. 1. Temperatures in a North South section of the Atlantic Ocean

Below a 1000 meter temperatures are only 5 degrees ºC or lower.

Fig. 2. Thermocline in a tropical ocean 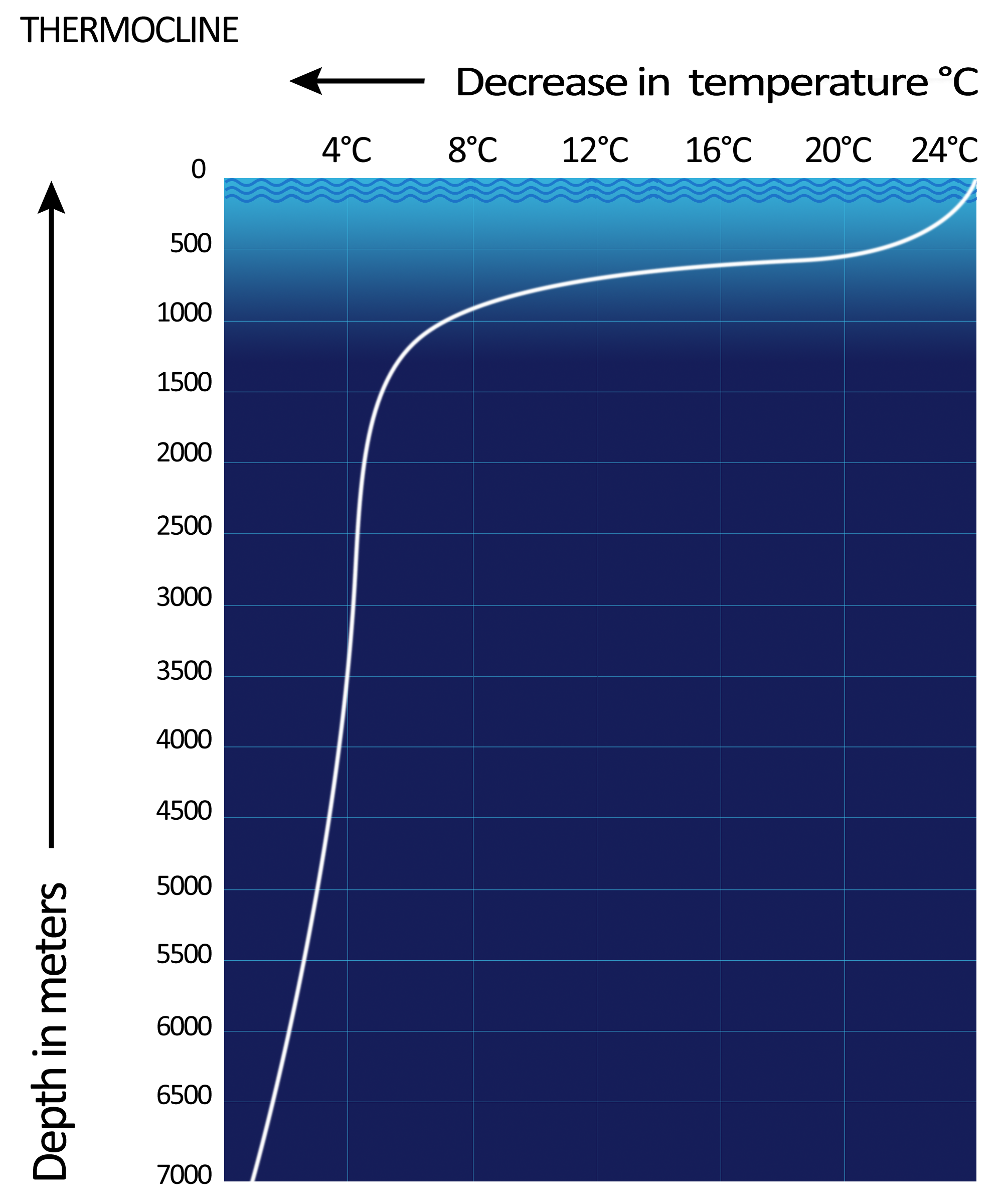 There is a considerable mixing of water masses in the top layer of the ocean. Mostly driven by wind.

The coldest and deepest ocean water takes (at the most) an estimated 1000 years to reach the surface layer. Which means that other less deep ocean layers are welling up faster.

Every year the [average] surface layer is cooled down by a huge quantity of cold ocean water welling up. When reaching the surface, that cold water is heated by the sun.

In the ‘climate world’ it is assumed that there is a constant cooling of the surface layer by upwelling waters.

Upwelling is driven by wind and because wind is not constant – being dependent on changes in pressure – the changes in upwelling quantities might be considerable. Variations in pressure exist.

The most simple calculation is the following. Heat content is measured in ºC/million km3

Of course upwelling can diminish (or increase) during a number of years by smaller percentages as well. A century with a two percent decrease of upwelling results in 2 x 0,18 = 0,36 ºC warming of the ocean surface waters, all other things remaining the same.

The cooling potential of the oceans is huge. Even with minor changes in water flows.

Therefore, all warming of the ocean surface since the Little Ice Age could have been the result of a relatively small diminished upwelling of cold deep ocean water.

To judge ‘warming’, we must first know everything there is to know about cooling.

About the author: Wim Röst studied human geography in Utrecht, the Netherlands. The above is his personal view. He is not connected to firms or foundations nor is he funded by government(s)

PLATE 4b (…) representation of the global ocean circulation (…) simplified from Ganachaud and Wunsch (2000), as estimated from modern oceanographic data.

From the above figure:

Total Ocean content is 1.335 million km3 of Ocean Water, 95% of which is cold Deep Water