A prominent anti-Hillary Clinton super PAC will be on the airwaves this week in the crucial swing states of Ohio and Pennsylvania with a 30-second television spot that highlights Clinton’s dishonesty and her lack of appeal to millennial and minority voters.

In Defeat Crooked Hillary PAC’s humorous television ad, which debuted last night during the presidential debate and may get voters to do a double take, a young African-American actress just cannot get herself to cut an advertisement in support of Clinton.

“There is so much at stake in this election, and that’s why I’m supporting Hillary Clinton. Hillary Clinton is honest and trustworthy and… Can we cut?” the millennial African-American actress says in the opening before her conscience forces her to stop.

When asked off-camera what the problem is, she replies, “I can’t say these words.”

“I just don’t believe what I’m saying,” she continues.

When the director off-camera says, “but you’re an actress,” she tells him, “I’m not that good of an actress.” As she exits the frame, the actress mutters to herself, “Honest and trustworthy… give me a break.”

At the end of the commercial, titled “Cut,” a graphic appears on the screen declaring: “SOME PEOPLE ARE BETTER LIARS THAN OTHERS.”

The Defeat Crooked Hillary PAC is putting $350,000 behind the ad, which will air on television in Ohio and Pennsylvania and be digitally targeted to other key battleground states.

In national and state polls, voters overwhelmingly view Clinton as someone who is less honest and trustworthy than Donald Trump. In addition, Clinton does not receive the support from minority and young voters, especially in key swing like Ohio, Pennsylvania, North Carolina, that President Barack Obama got in 2008 and 2012.

As the New York Times recently noted, “many Democrats are expressing alarm at the lack of enthusiasm, and in some cases outright resistance, some black millennials feel toward Mrs. Clinton.” The Times pointed out that “to replicate President Obama’s success in crucial states such as Florida, Ohio and Pennsylvania, [Clinton] cannot afford to let the percentage of the electorate that is black slip far below what it was in 2012.”

The ad, which has been dubbed as “one of the most amusing” and effective ones of the election cycle, may stick in the minds of voters because they will have initially thought that they were viewing a pro-Clinton ad before the script was flipped on them. And it may convince just enough voters, especially young and minority voters, to not support Clinton in November. 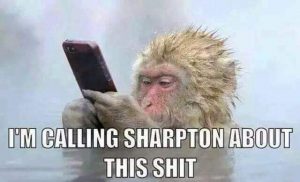