President Trump says he cannot name a single country that has been improved by mass immigration or large flows of refugees.

In an interview with Fox News’s Tucker Carlson, Trump said he warned European leaders while overseas last week of the dangers of mass immigration and the cost it will have on European citizens and each country’s culture.

TUCKER: As you traveled around Europe, and you looked at Europe over the years, can you think of a place that has been improved by mass immigration or movement of large numbers of refugees?

TRUMP: Not one. In fact, one of my big things and some people were insulted, I would say a year ago they would have been totally insulted, now maybe there could have been a couple out of all of those countries.

The United States, like Europe, has been inundated with low-skilled mass immigration over the last few decades. In the last ten years alone, the U.S. has admitted more than ten million legal immigrants to the country, the majority of which have come from Central America and Mexico.

As Breitbart News has chronicled, the process known as “chain migration” — whereby newly naturalized citizens can bring an unlimited number of foreign relatives to the U.S. — is expected to add more than eight million foreign-born voters in the next 20 years, forever changing the electoral landscape of the nation. 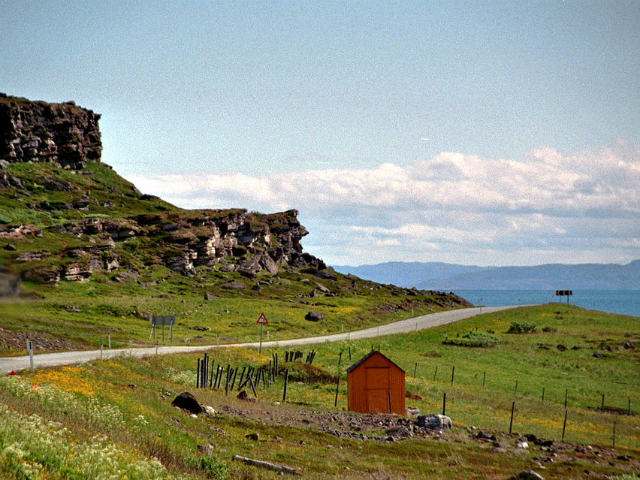 An Afghan asylum seeker has been arrested after an 18-year-old Norwegian cashier was stabbed to death in an apparent random attack while working at a store in his tiny, rural hometown.

At just before 10 pm on Saturday night, police were called to an attack at the Coop supermarket in Vadsø,  said local media, reporting that victim Håvard Pedersen was found with cuts to the throat, and declared dead shortly after emergency services arrived at the scene.

With the help of a private boat after the suspect jumped into the sea, police arrested a 17-year-old Afghan at just before 8 am on Sunday morning. He was questioned by detectives on Monday, when they told reporters it was “too early to say if the 18-year-old was a random victim”.

At a press conference in Vadsø, which has a population of just 5,064 people, Finnmark police prosecutor Ylva Helen Kvikstad said the suspect had arrived in Norway in 2015 as an unaccompanied minor and was given a temporary residence permit.

“As far as I know, there was no pending deportation decision hanging over him,” she said, adding that the suspect “seems to be fine, other than the very serious charges he is facing”.

Acting mayor of the town, Otto Strand, said it was “outrageous to think that such a tragic event could strike someone just going about their everyday business”, but stressed that “there are some tens of asylum seeking minors in Vadsø”.

The murder provoked some discussion on social media, according to regional newspaper Adresseavisen, which reported that the victim’s family believe it is important not to focus on the fact the 17-year-old suspected killer is not Norwegian.

Representing Pedersen’s close relatives, legal counsel Edel Hennie Olsen said the family “does not want any speculation” over the case, telling NTB: “They have no desire for this to be presented in such a way that it could end up encouraging racism.”

One of the victim’s co-workers said that he had sounded the alarm over the Afghan two weeks before the murder, reporting that authorities responsible for refugees and asylum seekers in Vadsø had dismissed his concerns.

Police confirmed that they had spoken to the teenager on two occasions within the last month after reports of “annoying behaviour”, NRK said, reporting officers had “explained [to the suspect] that, among other things, he should not be following young girls”.

Conservative Norwegian news website Document commented that the case bears a number of striking similarities to a knife attack in July last year, when a 15-year-old girl with an Afghan background fatally stabbed 17-year-old Marie Skuland and seriously injured a 23-year-old Norwegian woman at a Coop in a mall near Kristiansand.