The Rent & Grant Seeking Community of activists and criminals has been allowed to defame, besmudge, bully and silence realists and skeptics for years. Scientists don’t dare to speak up; “Don’t rock the boat!” is the message. They only dare to rise their voices after they’re retired, but then, they are told, “You’re too old, shut your mouth! Besides, this wasn’t your field of expertise.”

You ever wonder why so many comment sections are closed?

Yes, a lot of web pages are controlled by socialists and, as we know, socialists handle criticism very badly, and especially when the topic is the (Man Made) Global Warming Swindle, too many billions are at stake.

But what do the Rent & Grant Seeking Community of activists and criminals do with the comment sections they are not in control of to censor or shut down?

In March of 2012, the climate alarmist website Skeptical Science had their forums “hacked” and the contents posted online. In these it was revealed that Skeptical Science members are organizing themselves into eco-strike squads to “drown out” those who do not accept their alarmist positions,

“I posted over at Politico just recently. Hey, we can tag team it a bit if you like, use time zone differences.” – Glenn Tamblyn [Skeptical Science], February 10, 2011

“I think this is a highly effective method of dealing with various blogs and online articles where these discussions pop up. Flag them, discuss them and then send in the troops to hammer down what are usually just a couple of very vocal people. It seems like lots of us are doing similar work, cruising comments sections online looking for disinformation to crush. I spend hours every day doing exactly this. If we can coordinate better and grow the “team of crushers” then we could address all the anti-science much more effectively.” – Rob Honeycutt [Skeptical Science], February 11, 2011

“Rob, Your post is music to my ears. I’ve been advocating the need to create a “crusher crew” for quite some time. I was not however able to get much traction on it with fellow environmental activists here in South Carolina or nationally. Like you, I spend (much to my wife’s chagrin) many hours each day posting comments on articles. One of haunts was the USA Today website […] The bottom line, would you be willing to patrol articles posted on the USA Today website?” – John Hartz [Skeptical Science], February 11, 2011

“Badgersouth [John Hartz] and I were just discussing the potential of setting up a coordinated “Crusher Crew” where we could pull our collective time and knowledge together in order to pounce on overly vocal deniers on various comments sections of blogs and news articles.” – Rob Honeycutt [Skeptical Science], February 11, 2011

“May I suggest first on our list as being the *#1 Science Blog* “Watts up with that”? They get a few people come there to engage from time to time but rarely a coordinated effort.” – Robert Way [Skeptical Science], February 11, 2011

“I think it might be better to start out with smaller fish. Build a community and a team. Find some methods and strategies that work. Then start moving up the denier food chain with our targets set on WUWT. I could see this expanding into a broad team of 100 or more people (outside the scope of this SkS forum of course). […] We just need to raise our collective voices to drown them out. I would venture to guess that most people here know of 4 or 5 regulars on comments sections that would be interested in coordinating their efforts. I know probably 10 or 20 people who would like to help with this.” – Rob Honeycutt [Skeptical Science], February 11, 2011

This eco-strike squad was highly endorsed by John Cook,

“The Rapid Response Network would be a good way to coordinate this kind of activity, identifying new articles, logging responses, supporting each other. Can i suggest if a group engage in this, that they use the RRN as beta testers to he’ll me develop and refine the system?” – John Cook [Skeptical Science], February 11, 2011

That article was written in 2012, don’t you think they would have stopped by now, 7 years later? Oh’ no, their desperate leg and arm waving is just as entertaining as before, ref. the comment section of this article:

“Green” = Red = Communism = Incompetent, low IQ socialists, i.e. Democrats, or “Liberals”, which is, ironically enough, not liberal .. I mean, – Nazi-left’s tactics and Gestapo-storm troopers to silence free speech? Benito would have been so proud, or was that Doffen!?! 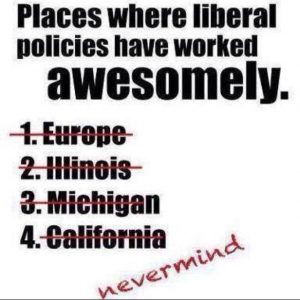