In a new study published in the journal Climate of the Past, a team of geophysicists at UMass Amherst have reconstructed the highest resolution temperature record for New England, stretching back 900 years to the Middle Ages. The temperature data set gives new insight into the climate in Northeastern U.S. – but what is conspicuously absent is any trace of manmade global warming.

The study was conducted using a relatively new technique involving measuring the quantity of certain chemical compounds, called branched glycerol dialkyl glycerol tetraethers (GDGTs), found in lakes and soil. They correlate well with temperature variation and can therefore be used as a form of thermometer.

What is particularly advantageous about this method is that it allows for a more fine-grained resolution in time. The work, led by doctoral student Daniel Miller, resulted in a temperature measurement every seven years on average during the 900-year interval. This high resolution allowed them to discover a 50-to-60-year temperature cycle hitherto undetected in other studies.

Although this study is only regional, covering a relatively small part of the U.S., one can still find the fingerprints of global climate events. Most notably, the Medieval Warm Period can be clearly seen. A millennium ago, the North Atlantic region was so warm that wine grapes grew in Scotland and Norwegian explorers were able to settle and farm in Greenland. In central Europe, the warm period caused a major economic boom and repopulation and it was during this time that the great cathedrals were built.

But it was not to last. It was succeeded by the Little Ice Age, a cold spell clearly seen in the graph lasting a whopping 500 years until the end of the 19th century. During this period, it was so cold in Europe that the river Thames in London froze during winter, and crops failed during summer.

However, the most peculiar finding is the lack of warming in the last 100 years. We can see a spike in temperature, but the data indicates a peak in the middle of the 20th century, followed by cooling for the last 50 years. According to the study, present day is the coldest period seen in New England in 900 years.

Many caveats need to be inserted here: It is only a single study, it is only regional, the proxy chemical used could be flawed, it could be calibrated improperly, and there may be errors in parts of the data record. Nevertheless, taken at face value, the paper shows not a single trace of manmade global warming. 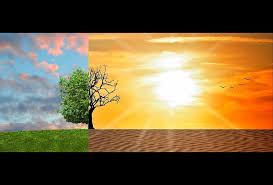 While the global climate stubbornly has refused to warm in the last twenty years, an alternative hypothesis to the greenhouse effect has steadily been mounting evidence.

While the global climate stubbornly has refused to warm in the last twenty years, an alternative hypothesis to the greenhouse effect has steadily been mounting evidence. This December, a crucial piece of the puzzle, described by the authors as a “breakthrough,” was published in the esteemed scientific journal Nature. A team of scientists from the Danish Technical University led by Dr. Henrik Svensmark has robustly shown a causal link between cosmic rays and cloud formation on earth.

Although the physics is complex, the basic idea is simple enough. For clouds to form in the atmosphere, tiny dust particles, which absorb water and grow into droplets, are needed. If the particles for some reason become electrically charged, they can more easily attract moisture and more efficiently form clouds. Svensmark hypothesized in 2007 that charged particles from supernovas – known as cosmic rays – influence cloud formation.

Solar activity influences the number of cosmic rays that reach the earth. When electric storms rage on the sun, they deflect cosmic rays. Svensmark posited that during periods of high solar activity there would be less cloud formation from cosmic rays. This, in turn, would be a new mechanism of climate change.

IPCC climate scientists viciously criticized the idea, and one might suspect that their attacks were in part politically and financially motivated. After all, their livelihood and funding depend on the theory of catastrophic humanmade global warming to be true.

Nevertheless, the new paper by Svensmark and his colleagues has silenced many critics, as it is a remarkably thorough piece of scientific work. However, they still point out that the measured effect is small. 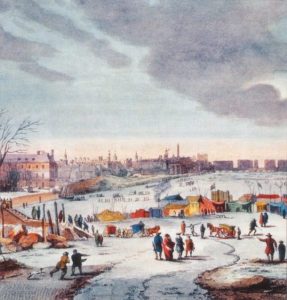 The new contribution of the study is to provide new experimental lab data, a theoretical microphysical explanation for the effect, and observations from the atmosphere that confirms the predictions.

The paper comes at a crucial point in time, which may eventually come to be viewed as the turning point for the climate catastrophists. The IPCC models are falling farther out of sync with reality, and according to solar physicists, the sun is about to enter a prolonged period of low solar activity. The last time we experienced such a solar lull was during the end of the medieval period – a time known as The Little Ice Age.

Nature has provided us with an ideal natural lab experiment to test which theory is correct. If the catastrophists are right, we will see a steady warming in the coming decades. If, however, the sun has been the driving force behind the warming of the last century we should soon see that warming not only grind to a halt but reverse into cooling. That would deal a death blow to the environmental prestige project of the globalists.

It may still take many years before we have a definite answer because testing climate change theories is like watching water boil – in slow motion. However, climate scientists are already showing signs of repositioning themselves and hedging their bets. If that is any indication, it might be time to place a buck on the climate skeptics.