Lynne Patton is the beautiful and dynamic VP at the Eric Trump Foundation, and she says that black voters are tired of being lied to, used, and forgotten by Democrats.

This time around blacks are looking for REAL hope and change and are voting for Donald Trump.

Black Americans have been left behind by globalist Democrats like Hillary Clinton, who are more interested in their shiny new voting block consisting of illegals and refugees.

Trump’s America First agenda is about returning jobs, safety, and prosperity back home, where it belongs.

No racial group has suffered more from illegal immigration than Black America. Yet the question remains: Will large numbers of African-Americans finally vote Republican and help Donald Trump build his wall and rebuild America? In our opinion, the answer is a resounding yes.

Blacks represent 31 percent of the population in Georgia, 22 percent in North Carolina, 20 percent in Virginia, 16 percent in Florida, 14 percent in Michigan, 12 percent in Ohio, 11 percent in Pennsylvania, and 10 percent in Nevada. These are critical swing states where the black vote could very well turn out to be the swing vote.

At 15 percent (IBD/TIPP), Donald Trump has nearly double — some polls place him at triple — the African-American support of the last two Republican nominees for President combined. Something you’ll never hear, nor read, in the mainstream media. We credit this record-breaking support to his sharp business acumen and the fact that he is not a career politician, but rather a candidate with common sense solutions to fix the failed policies that have plagued the minority community for far too long. Above all, we credit it to the fact that minorities are tired of the same broken promises every four years.

#Hilloccio will continue this development 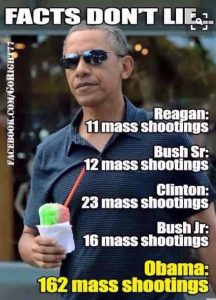