Related: Vancouver has ‘coldest Oct. 10 in 123 years’ as temperatures tumble across B.C.

The Grand Solar Minimum has set in across British Columbia, Canada’s westernmost province.

According to Environment Canada, at least 41 all-time low temperature records were busted between Oct 9th and Oct 10th in BC, with more expected to fall as cold air lingers into the weekend.

A meridional jet stream flow, associated with low solar activity, has been diverting masses of Arctic air into the lower latitudes of late. North America is currently taking the brunt, with many central regions now suffering their second HISTORIC SNOWSTORM in as many weeks:

NASA have linked past periods of low solar activity to “extreme drops in temperature,” HERE.

Below I’ve listed British Columbia’s new record low temps from the past 48 hours, and have arranged them by the previous records’ year in an attempt to highlight how neatly low solar activity correlates with record cold.

Compare the years yourself using this sunspot chart: 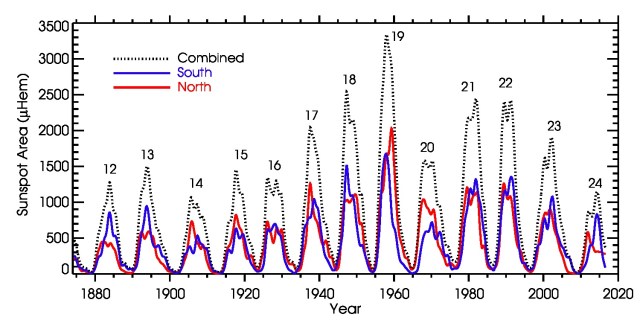 Furthermore, the majority of the remaining previous records fell in close proximity to solar minimums.

Large winter storm to hit US – In Early October