We have the worst liberal media in the world.

Today Chuck Todd of MSNBC was caught skewing a poll in favor of Hillary Clinton.

Todd took the CNN poll which showed Trump ahead and reconfigured it using the 2012 Romney turnout model to give Hillary a bump.

After conservatives noticed this discrepancy, a HUMILIATED, and IDIOTIC MCNBC recalculated using the correct number which put Trump BACK up by 2 points. 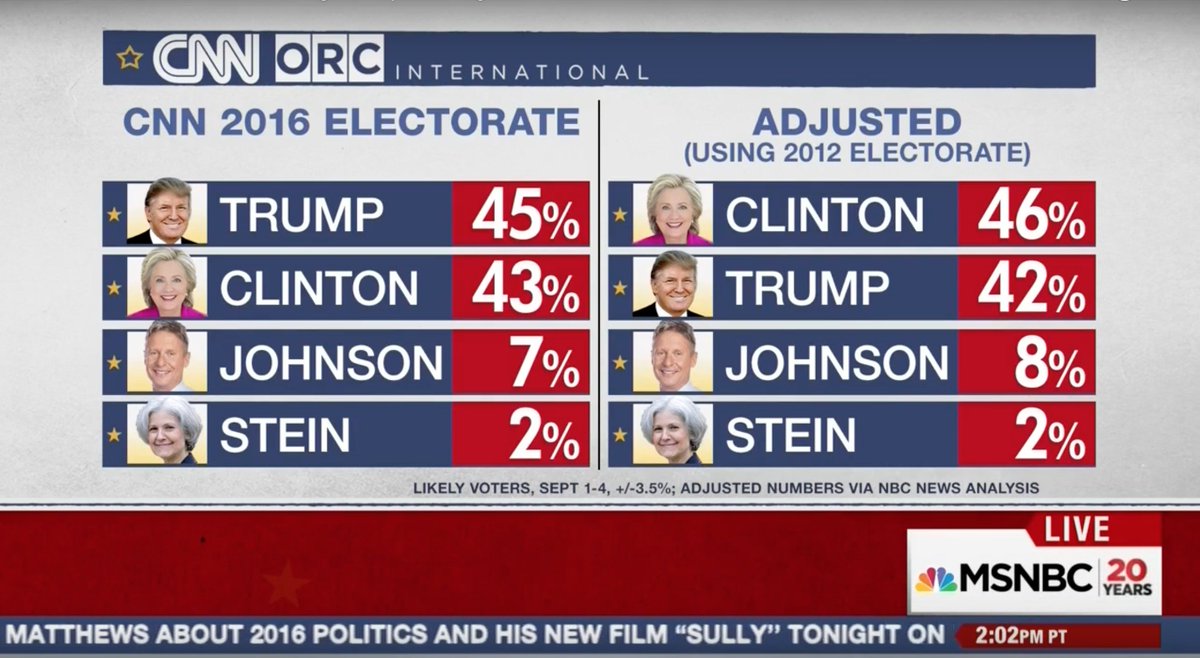 Our media cannot be trusted and THIS is why Trump supporters say repeatedly that the POLLS ARE WRONG.