Giri “resigns” to a draw in the second playoff game. | Photo: Maria Emelianova/Chess.com

On Sunday Magnus Carlsen won the Tata Steel Chess Tournament for a record sixth time. The Norwegian grandmaster tied for first place with Anish Giri and then beat the local hero 1.5-0.5 in a blitz playoff. Vidit Santosh Gujrathi won the challengers group and qualified for the 2019 Masters.

“It is huge for me obviously,” said Carlsen moments after a historic victory in Wijk aan Zee. “This is one of the top tournaments, not just right now but of all times. Having the record here, especially after such a bad spell that I’ve had, it’s amazing.”

Although he ended it on a high note by winning the world blitz in Riyadh, the world champion was determined to leave the demons from 2017 behind and start the new year with a fresh mind. 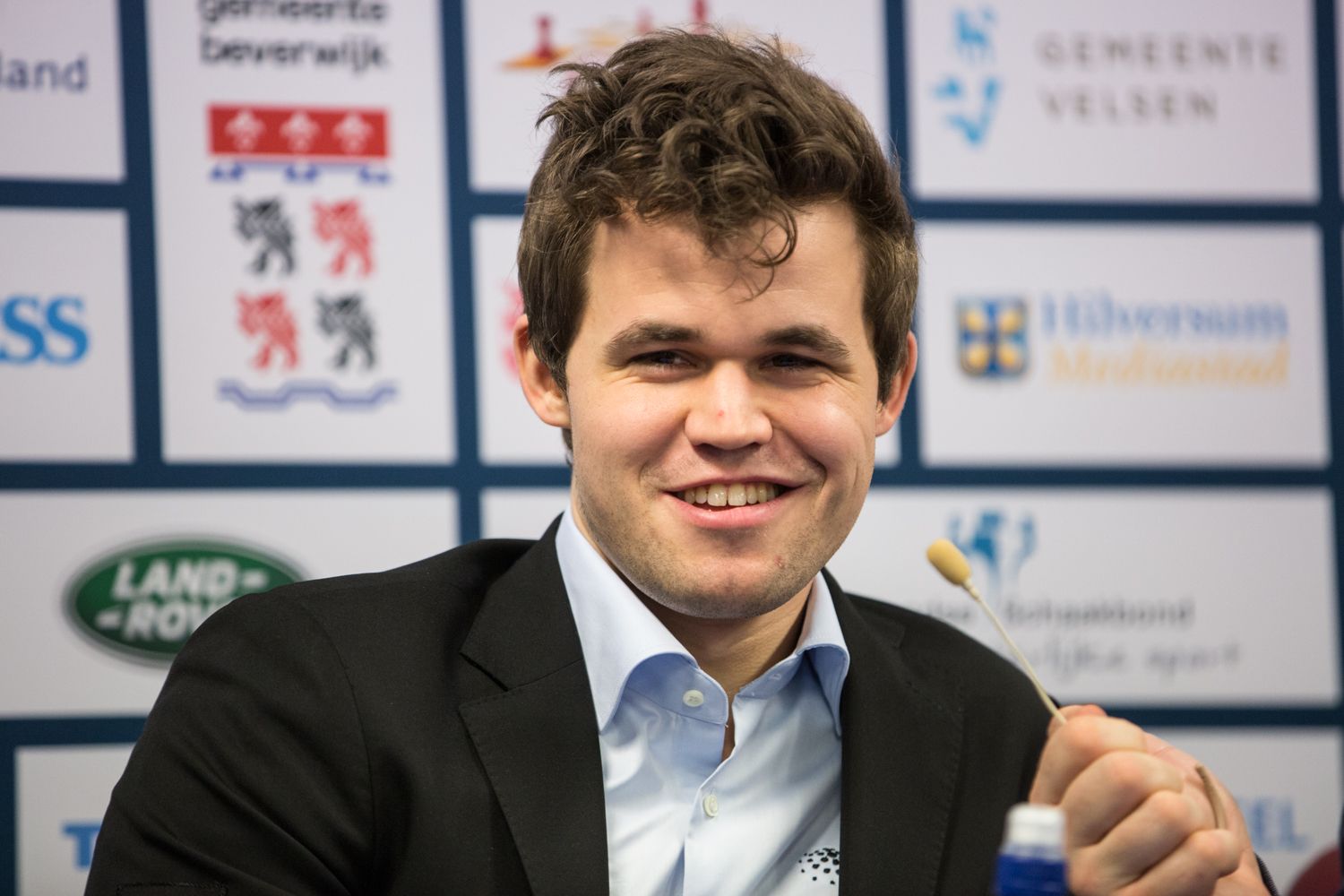 Carlsen took his good blitz form into 2018 by winning the Chess.com Speed Chess Championship, then won three games in the PRO Chess League but obviously, his win in Wijk aan Zee is of completely different proportions.

He won his first super tournament in 1.5 years—we have to back to Bilbao 2016 for his last victory. The world champion is now the first player in history to have won Wijk aan Zee six times; Viswanathan Anand was playing for the same record this year. (Anand rightly noted that speaking about these records is now a bit more complicated because the tournament didn’t use to have a playoff until last year!)

Since it is @MagnusCarlsen's record sixth @TataSteelChess victory, I could save time by retweeting previous congratulations. But winning supertournaments never gets old, so neither should the tweets! https://t.co/J5dZ94U0Cm 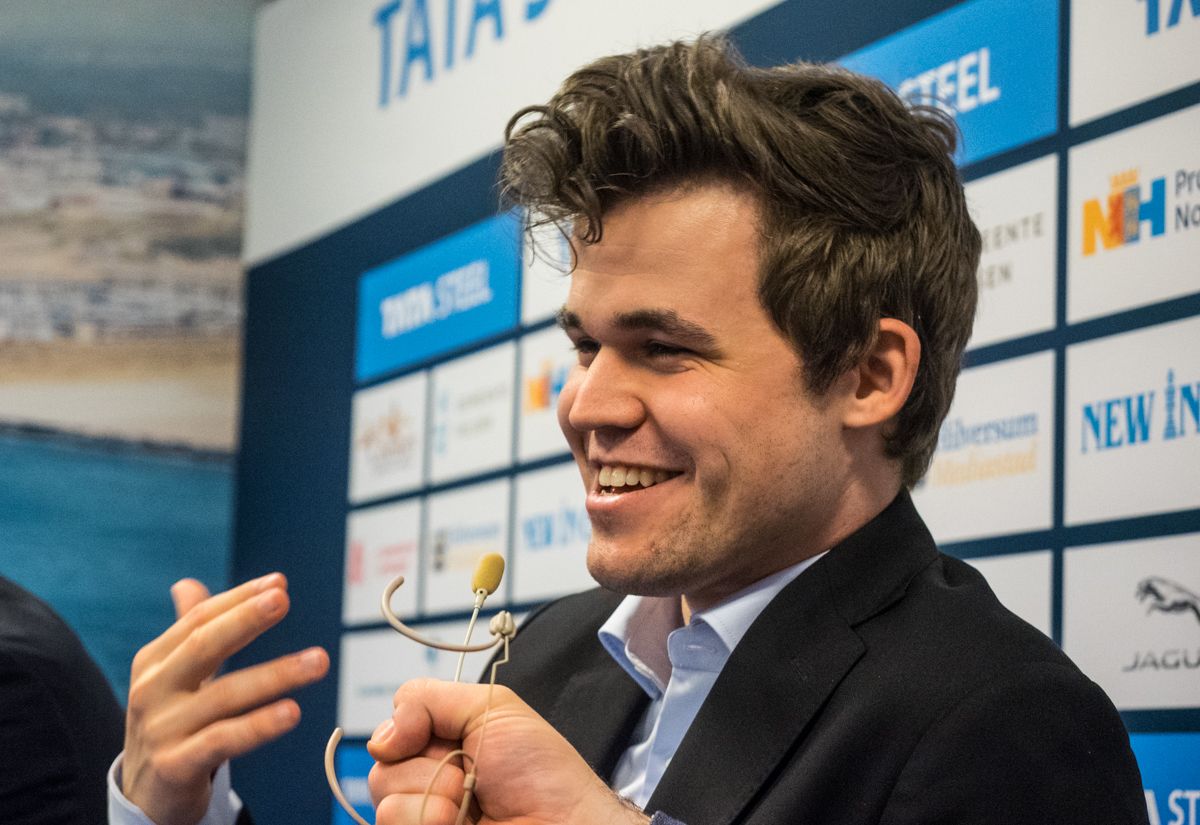 Carlsen, obviously in an excellent mood at the press conference. | Photo: Maria Emelianova/Chess.com

The tournament, however, was not a one-man story. The 80th edition also marked the return of Anish Giri to the highest level. Two years ago the Dutchman was a consistent top 5 player, but he started this tournament as the world number 15.

In Wijk aan Zee, Giri won 25 Elo points and is back in the world’s top 10. Carlsen is back to having a comfortable lead over the other top players.

Like Carlsen, Giri achieved plus five this year—a magnificent score that would have won the tournament in many previous editions. Last year the organizers introduced a playoff (which wasn’t needed then), but they might have regretted that decision this year. “Giri joint winner with Carlsen” sounds better in Dutch than “Giri just misses out on Wijk aan Zee title,” which news service Teletekst prominently headlined today.

It was a playoff with Carlsen that stood between Giri and tournament victory, and this hurdle was too high. The Norwegian, who hadn’t lost a single playoff he played in over a decade, was simply too good.

Giri tried to joke his nerves away (“The pressure is on him. Also if I win I’ll probably write something incredibly nasty about him on Twitter, so he’s probably absolutely terrified about that possibility!”) and the Dutchman did seem quite concentrated in front of a home crowd, but that wasn’t enough today. 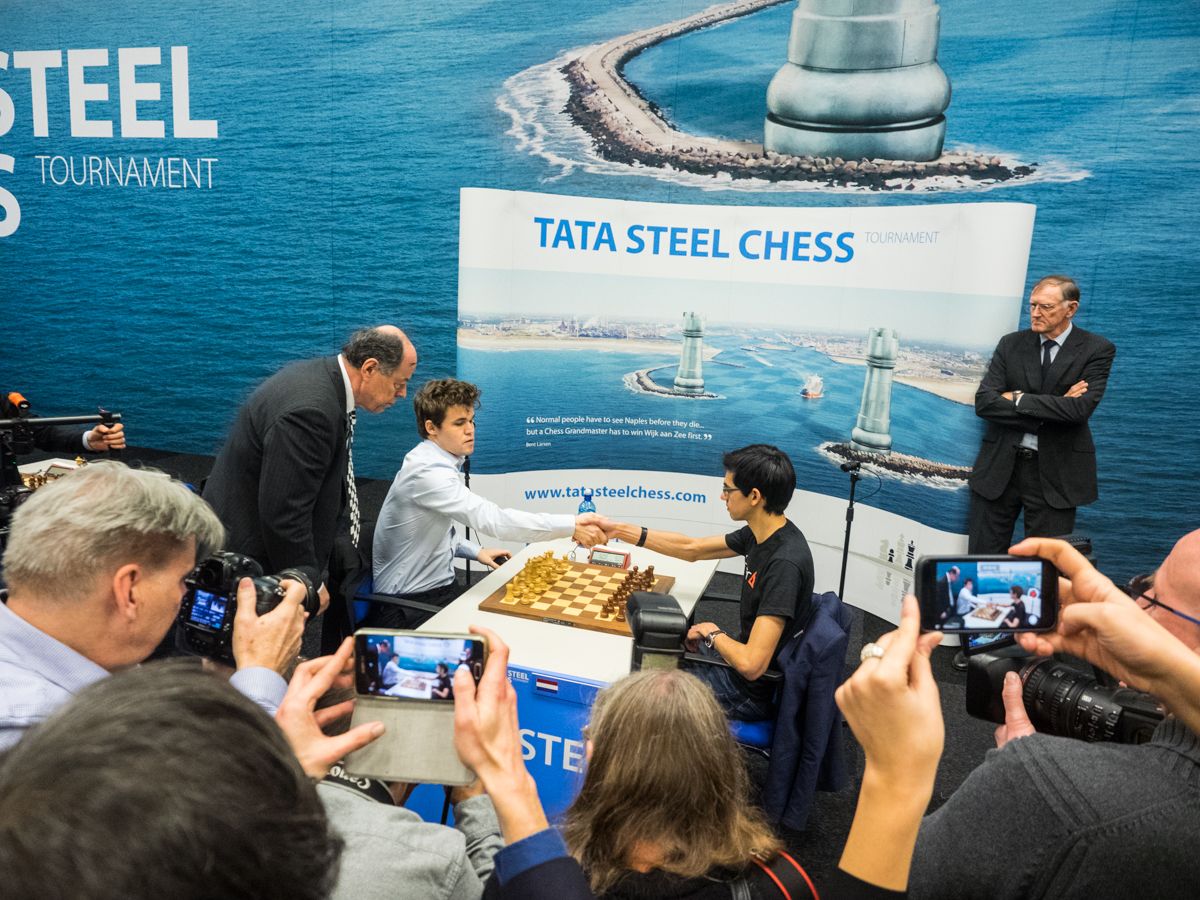 The start of the playoff between Carlsen and Giri. | Photo: Maria Emelianova/Chess.com

Game one was a “vintage Carlsen” victory. Afterward, GM Danny King used an apt description for the winner: “The Master of Transition.” How many players would have gone for 30.e4 in a blitz game?